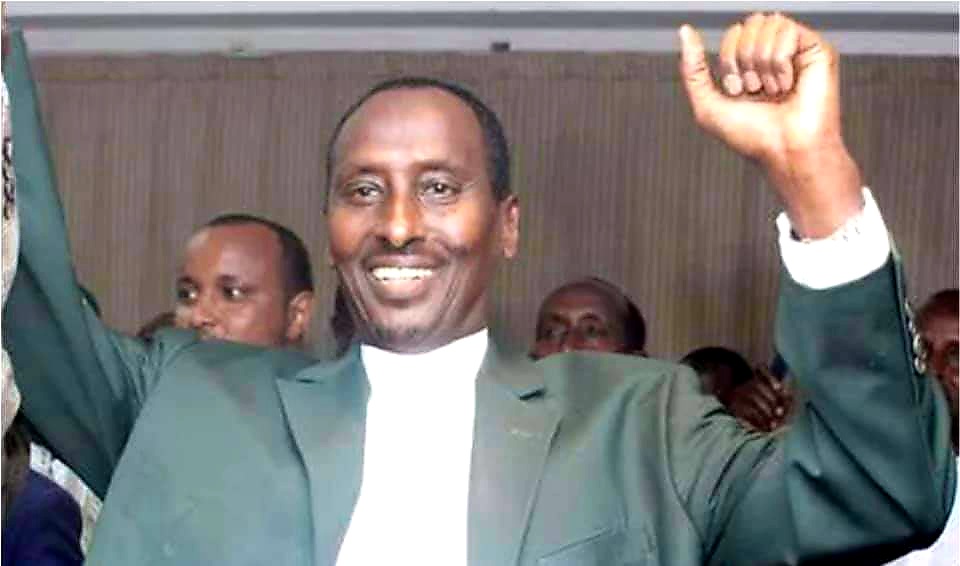 WAJIR—Embattled former Wajir governor has hinted of a political comeback, a shocker that could send local political planners back to the drawing board.

Mohamed Abdi Mohamud told the Standard newspaper on Monday that …”he will be seeking to recapture the seat.” The former Saudi ambassador is banking on a ground-breaking verdict by a three-bench judge at the Meru High Courts expected to be announced on the 27th of this month.

Mohamed has challenged the process that saw him impeached by the county assembly mid last year for failing to manage the health sector. It was then moved to the Senate where a House committee chaired by Nyamira Senator, Okong’o Omogeni had found the governor culpable of running down the health care system in the county thus compromising the right to health of the residents.This is after 25 Senators out of 47 upheld the impeachment of the Governor by the County Assembly.

Governor Ahmed Ali Mukhtar while addressing the media after attending a Council of Governors meeting in Nairobi. (Kulanpost)

Governor Ahmed Werar says he’s confident he will remain the governor of Wajir, putting on a “tough face” that the upcoming court verdict challenging his May last year inauguration as the third governor “may not change alot.” His former boss was impeached by the local assembly.

“I don’t think the ambassador (Mohamed Abdi) is going to come back,” he said during an interview with the online outlet Delta TV, adding that: “The due process was followed.”

The news of Mohamed Abdi’s return could throw spanner in the works of the Fai Sultanate who endorsed Mohamed Wehliye as their preferred candidate.  Alot of local political analysts believe the return former county boss could have a significant ramifications and introduce new formation and alignments.

Lawyer and constitutional expert Bobby Mkangi explained that as per the Constitution, the governors who were impeached in the last five years, who are yet to be convicted, can still be on the ballot.

“They are relying on the fact that they have appealed their ouster and the cases are yet to be concluded. They also know that a conviction is deemed to have been finalised when all avenues of appeal or review have been exhausted,” said Mkangi.

Political analyst and University of Nairobi lecturer Herman Manyora concurred with Mkangi that there is no law that directly bars the governors from vying.

He however said the Ethics and Anti-Corruption Commission (EACC) and the Independent Electoral and Boundaries Commission (IEBC) may bar the former governors from vying.

“If they are not barred, any Kenyan can move to court under Chapter Six of the Constitution and seek interpretation from the Supreme Court on whether the impeached governors can be cleared to vie,” said Manyora.

(Additional reports by the Standard newspaper)