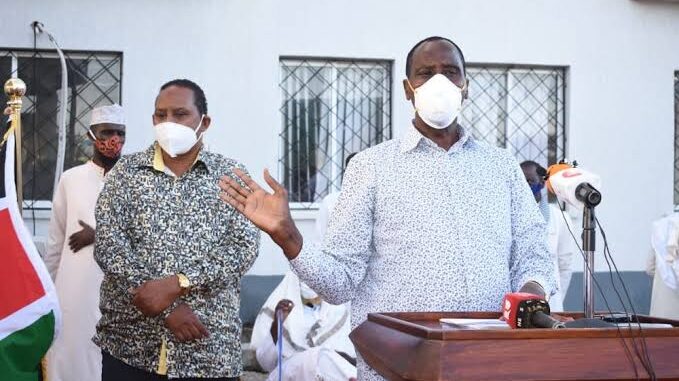 WAJIR—Former Governor Mohamed Abdi is set to appear at the local Directorate of Investigations (DCI) offices today after he was summoned last night past working hours. However, it’s not clear whether the Wajir East legislator is also to appear before the detectives since they could not locate him.

The two, alongside seven other suspects, are expected to record statements t over their involvement in the break-in incident on Tuesday at the county headquarters. In a video shared by Kulan Post, policemen could be seen aiding the break-in.

The DCI detectives are acting upon complaint lodged by the current governor, Ahmed Ali Werar.

“The former Governor of Wajir County, Mohamed Abdi Mohamud today (Tuesday) broke in to my office. The penal code on vandalism is very clear on such matters.

Kulan Post reached out to the former governor and his lawyers for comment. They were both unavailable.

Mohamud, who was impeached on the grounds of gross misconduct and abuse of office, has pulled numerous stunts, the recent one being attending a council of governors meeting in Makueni.

The embattled politician arrived at the meeting hour before Muhktar, occupying the seat designated for the Wajir governor.

Mohamud was also in June ejected from a Matiangi-led National Development implementation committee, meeting with the council of governors in Nairobi.

The ex-governor had arrived earlier than Mukhtar and occupied his reserved seat. It took the intervention of security personnel for Mohamud to leave the meeting and to surrender the seat to the serving governor.

Related Topics:Wajirwajir news
Up Next