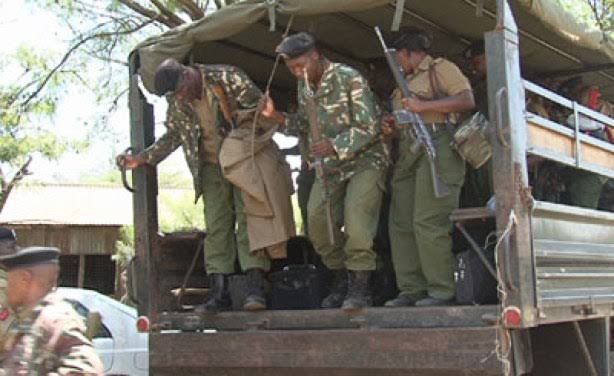 GARISSA—At least 60 people who went missing since 2022 from Northern Kenya still unaccounted for, a lobby group has said.

Abdishukri Jelle, the coordinator of Muhuri in Garissa county stated that the statistics does not include cases that went unreported.

“And these are just some of the cases that have been reported to us yet we know there are many more individuals who were picked from their homes and streets by people believed to be security officers never to be seen again to date,” Jelle said while speaking to the Star newspaper on phone.

His comments comes at a the backdrop of an intense crackdown against the suspected police units behind the extrajudicial killings. President William Ruto, while abolishing the Directorate of Criminal investigations’ Special Service Unit said that the officers suspected to be behind the cases of extra-judicial killings will face justice. Two weeks ago, several top officers of the Unit were arrested and arraigned.

The Cabinet Secretary for Defense and the immediate former Member of Parliament for Garissa, Aden Duale who was speaking at a farewell function in Garissa town on Sunday accused former President Uhuru Kenyatta’s regime of orchestrating extrajudicial killings in the region.

He said that he will ensure the rights of all Kenyan citizens are protected as enshrined in the constitution. He also stated that a commission of inquiry will be formed to probe the operations of the disbanded DCI unit.

“As a region, we have lost our children to extrajudicial killings and enforced disappearances under the leadership of former President Uhuru Kenyatta. I want to assure the people of Northeastern and Kenyans at large that such things will never happen,” Duale said.

He added that: “The government will respect the rule of law and anyone who is caught on the wrong side or suspected of committing any crime will be taken to court because that is what should happen in a civilised society.”

During the campaigns, President assured the residents that his administration will not only protect the lives of Kenyans but investigate past cases of enforced disappearances.

“I want to assure you that there will be no enforced disappearances and extrajudicial killings. It is unfortunate that this region has lost hundreds of men which has left many women, widowers and orphans,” Ruto said then.