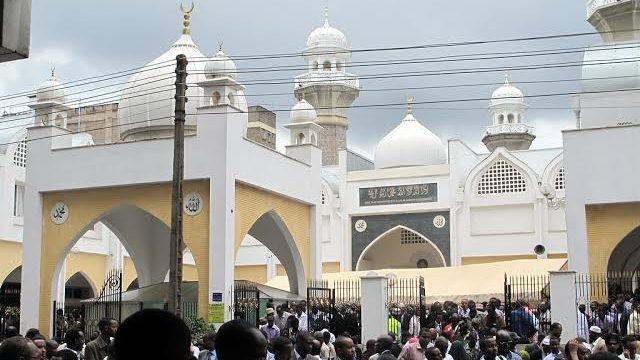 NAIROBI—Major mosques across Nairobi are closing down, or partially suspending Jama’ah (congregational) prayers amid rising cases of Covid-19 infections in Kenya.

At Jamia Mosque in Nairobi, the committee advised Muslims to avoid congregating in the prayer hall, while maintaining that the adhan, the call to prayer, will be called over the speakers to remind the faithfuls of the time.

The Secretary of the Jamia Mosque Committee, Abdul Bary Hamid says the Mosque was also advised by the Kenya Muslim Medical Professionals (KAMMP) to suspend all activities.

“After further consultation with officials of the Kenya Association of Muslim Medical Professionals and members of the Majlis Ulamaa of Jamia Masjid, the Jamia Mosque Committee has with effect from today the 18th March 2020 temporarily suspend the conduct of all congregation,” a statement by the Jamia Mosque said on Wednesday.

It added that: “prayers at Jamia Masjid until further notice as we monitor the situation with respect mitigating the spread Covid-19 . May Allah protect us and guide us accordingly.

It was shortly followed by the Parklands Mosque as well as several other who indefinitely cancelled congregational prayers.

“Adhan will go on but only as a reminder for prayer times,” the Parkland Mosque said.

The mosque restrictions come barely a day after the Cabinet Secretary for Health, Mutahi Kagwe reporter additional four cases of confirmed cases in the country, putting the toll at seven.

The country is in a partial lockdown after President Uhuru Kenyatta announced the closure of schools, and imposed sweeping travel restrictions.

Elsewhere, Muslim-majority countries are introducing measures to limit possibility of the virus spreading in the prayer halls where faithfuls are required to stand shoulder-to-shoulder.

Saudi Arabia on February closed the two holiest shrines of Islam to foreign travellers and banned pilgrims from entering the country as fears surrounding the coronavirus outbreak continue to grow in the Middle East.

Officials in Iran said Friday prayers in Tehran will be cancelled indefinitely, as a crackdown on large gatherings gathered pace.

The Islamic authority that oversees Muslim holy sites in Jerusalem has announced that the Al-Aqsa Mosque and Dome of the Rock will close their doors to worshippers as a precaution against the new coronavirus, adding that outdoor prayers will still be allowed at the complex that houses Islam’s third holiest site.

On Saturday, the Ministry of Awqaf and Religious Affairs ordered mosques and churches to be closed in all the governorates in the occupied Palestinian territories until further notice as part of efforts to curb the coronavirus, the official Palestinian Wafa news agency reported.