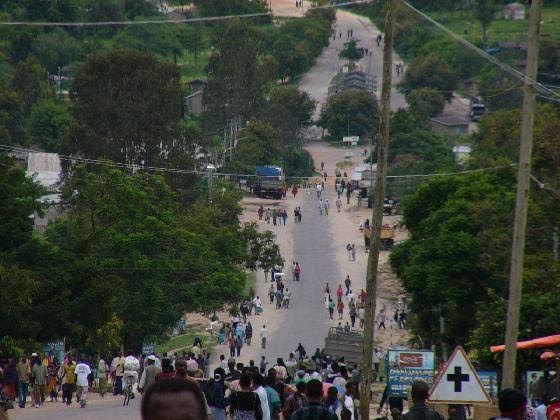 An ariel view of a street in Moyale. (Facebook)

MOYALE—At least 20 people have been killed in a two-day intense clan fighting in towns close to the Ethiopian border with Kenya.

Hunderds of people have moved into the Kenyan border to seek refuge in a clan fight involving Somalis and Oromos.

The violence broke out on Thursday and Friday near the town of Moyale, on the border with Kenya, in a region claimed by both the Oromo, the largest ethnic group in the country, and the Somali ethnic group.

An internal United Nations report, dated December 13 and reviewed by the Reuters news agency, also confirmed the fighting, with heavy artillery being used, and said there was likelihood the conflict could spill over into Kenya.

Farmajo’s election victory, the high hopes and what’s in store