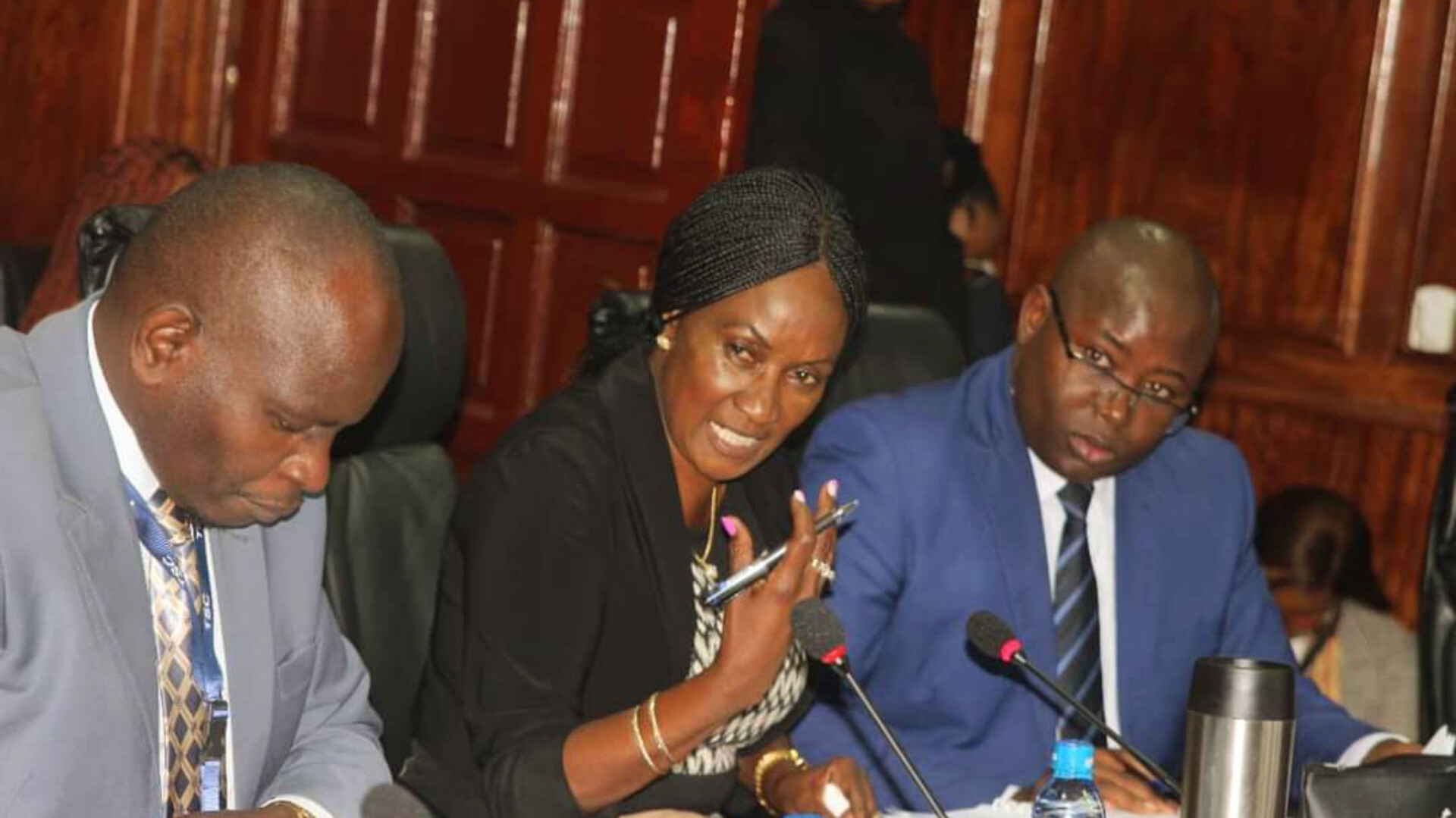 In her submission, Macharia—the woman widely cited for undeveloping the education sector in Nothern Kenya—dismissed allegations that the Commission had intentionally posted hundreds of Cristian Religious Education (CRE) teachers to Muslim dominated counties of Mandera, Garissa, Wajir, Marsabit, and Isiolo. Commutatively, 288 CRE/Kiswahili teachers have been proposed to be posted in the five counties from early next year against 16 IRE/ Arabic teachers.

Mandera South MP, Abdul Haro tasked Ms Macharia to explain why the Commission saw it significant to post CRE teachers in the region despite the need for teachers with science/Math combination.

“I would like to clarify that the posting were not designed to appear that way, but we will rectify the issue in the coming days,” Macharia noted

Raised the matters concerning more slots for CRE teachers than IRE in Muslim majority in counties of Isiolo, Mandera, Marsabit, Wajir and Garissa… the TSC CEO apologized and confirmed that there was a mistake in the advert which will be corrected… pic.twitter.com/xMzqqqLJkT

She also clarified that lawmakers will not be involved in the ongoing recruitment of 35,000 tutors by the Teachers Service Commission, even as she assured the public that the excercise will be above board.

“When it comes to the recruitment of teachers, let me clarify that MPs have no role whatsoever, ” Ms Macharia told Members of the National Assembly Education Committee.

She added; ” The excercise will done by TSC. From the sub-county level upwards. And we want to assure Kenyans that the process will be free, fair and credible.”

Ms Macharia was responding to concerns raised by members of the House Committee led by its Chairperson Julius Melly, about the alleged role of legislators in the excercise.

“You should clarify to Kenyans that lawmakers have absolutely no role in the planned hiring and recruitment of the 35,000 teachers in January, ” said Melly.

While making her submission before the Committee, the TSC boss revealed that the commission is seeking to hire 35,550 teachers in both primary and secondary schools.

She explained that 21,550 interns will be posted to junior secondary schools and 4,000 interns will be absorbed into primary schools.The recruitment is considered necessary to ensure a smooth running of the Competency-Based Curriculum (CBC) programme, she added.

President Ruto tell MPs to protect CDF, calls on Raila to be “patriotic and peaceful”