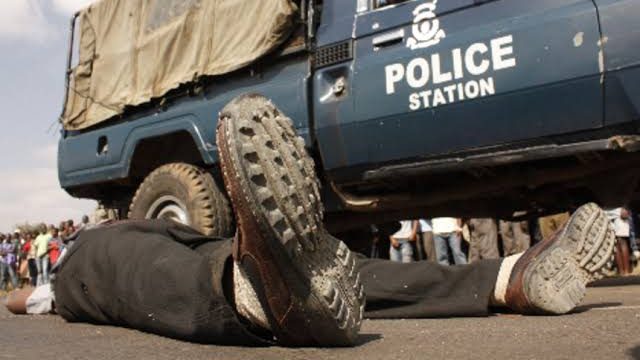 NAIROBI—Muslims for Human Rights (MUHURI) has threatened to sue the Kenyan government in international courts over increased cases of human rights violations at the Coast .

The rights lobby group said the state has a case to answer over extra-judicial killings and forced disappearances in the coastal areas of Kwale, Lamu and Mombasa.

This comes after an Imam in Kwale, Mahmud Muhammad Ganzala, was attacked and abducted by unknown men after leading evening prayers at Kombani in Matuga sub-county. Also abducted on Thursday last week at Majengo area, Mombasa was businessman Athman Mohamed Hajj, 44.

Speaking on Saturday in Mombasa, MUHURI rapid response officer Francis Auma , said the rights group will file first a report with the African Commission on Human and Peoples Rights to help address the problem “because Kenyan courts have failed”.

“The habeas corpus method has proved to be unfruitful. It is time we go for the inter- national communities to deal with the government,” Auma said.

He said United Nations Special Rapporteur on extra judicial execution will also be required to visit the country to establish facts and carry out an inquest into the killings and disappearances perpetuated against locals by what he said were security agencies in the pretext of war on terrorism.

Auma called on the government to end the rampant human rights violations against Kenyans by security agencies and cred- ibly investigate the officers involved and charge them in the court of law for the vio- lations for justice and equality to prevail.

“We have a number of scenarios where people were captured, tortured, detained and released after putting pressure [on them] and they have told us who took them and what transpired,” the activist said.

The rapid response officer said they are not opposed to the government efforts to fighting extremism and radicalisation but stressed that this should be done within the framework of the law. He further expressed concern about what he said were the increasing number of assassinations and abductions that have become common in recent times.

According to Haki Africa Executive Director Hussein Khalid, Athman Muhammad Hajj was heading home from Masjib Q’ubaa around Majengo area, Mombasa when he was abducted by unknown persons.

“If the police are involved let them present him in court or inform his family of his of- fence, if they are not implicated, let them investigate the matter and rescue him,” noted Hussein.

He said the lobby has documented 9 forced disappearance cases from the beginning of the year, 8 in Lamu County and one in Kwale County and that it will pursue the case until security agents reveal the whereabouts of Hajj, a father of 5 if they were involved in his unlawful arrest.

Hajj’s brother Rashid Athman said the family is currently living in fear and he urged police to communicate to them on the dis- appearance of their kin.

“My brother has been a fish vendor for over 21 years now and he has never in any case been arrested for breaking the law,” he noted.