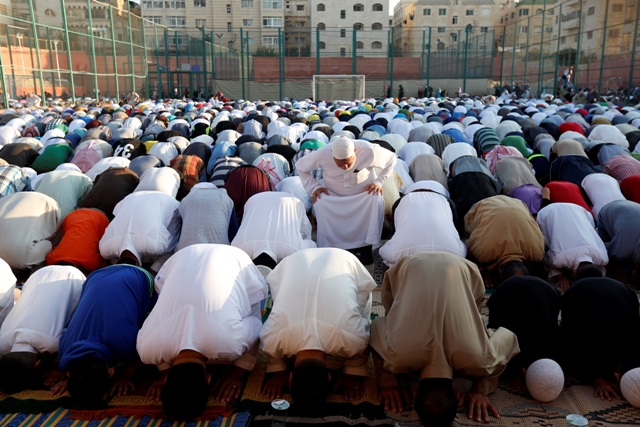 His statement came at a time when 17 countries among them Saudi Arabia and Qatar have declared tomorrow, Sunday 25 June as the Eid holiday.

Oman, however, has not sighted the moon, and thus declared Monday June 26 as the first day of Eid al-Fitr, Al Jazeera reported.

“We urge the Muslim Umma to disregard the confusion that the Chief Khadhi (Kenya) wants to use to divide the Muslim Umma in our country,” Aden Duale, the Majority Leader in the National Assembly posted on his Facebook in rejoinder to the Khadi’s statement that majority of the Muslims founds confusing.

“The office of the Chief Khadhi which we fought for in the new constitution is to unite and defend the interest of the Umma and not to cause division and disunity among the Umma,” the Garissa Township MP continued.

It is not the first time the Chief Khadi went against the announcement of major Muslim countries who have modern equipments to track the sighting of a crescent to signify the end of the Ramadan.

In the neigbouirng Uganda, the Uganda Muslim Supreme council announced Sunday as the the Eid holiday.

“I am really confused now. The Chief Khadi has said that tomorrow is not Idd: Should I fast or not?” Osman Ibrahim, a member of the Nairobi county assembly, asked.

Other Muslim religious leaders have informed their congregations to turn up for Idd prayers tomorrow at various prayer areas across the country.

I’m not behind my brother’s degree saga, Wajir governor says