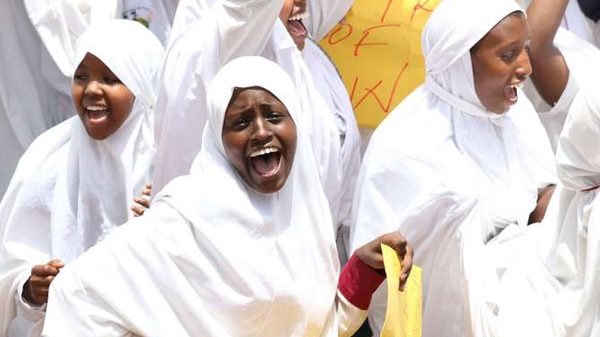 BY: FRIDAY BULLETIN
NAIROBI—Condemnations have greeted the decision by a Murang’a County based church sponsored school to ban Muslim students from wearing Islamic headscarf popularly known as Hijab.

The outrage follows the suspension of Seven Muslim girls of Thaara Secondary School for putting on hijabs.

The Central region Council of Imams and Preachers of Kenya (CIPK) coordinator Sheikh Shaaban Gakere Bakari criticized the school’s decision to ban Muslim students from wearing the Islamic headscarf stating that the practice is an affront against the religion and discrimination against Muslim students.

He noted that the action by a Church sponsored school of sending away Muslim girls was unconstitutional and violation of fundamental rights to freedom of religion and belief as enshrined in the country’s constitution and called on the government to take practical step to end the discrimination of Muslim students in educational institutions across the country.

Speaking to The Friday Bulletin, Sheikh Bakari noted that despite the clear constitutional provision of freedom of worship and the Children Act which call for respect and protection of religious rights of children, religious discrimination against Muslim students is rife in many church sponsored secondary schools and appealed to education CS Prof George Magoha to take measures to protect the fundamental rights of Muslim students.

“The constitution is very clear that one has a right not to be forced to do any act that will contravene his or her belief or religion,” he said.

The CIPK coordinator said it was unconstitutional for public funded schools to hinder Muslim students from practicing their religious rights just because they are sponsored and run by religious organizations. According to Fatuma Ibrahim, one of the affected parents, the issue which started during the Eid ul Fitr celebrations recently culminated in the suspension of seven.

Muslim female students who were told to bring their parents, or else take transfers to other schools. The parents are accusing the school of abetting discrimination and have called upon the Ministry of Education to address the issue.

“When the students were admitted to the school, they had hijabs covering their heads as Islam dictates. We find it unfair and religious discrimination when they are given conditions which are not given to other students who are members of the Akorino sect and others,” she said.

In her response to the matter, the County Director of Education Ann Kiiru said there is a need for deliberation between the parents and the school’s administration so as to reach an amicable settlement on the matter.

Wajir handshake is finally here as governor, predecessor agree to work together