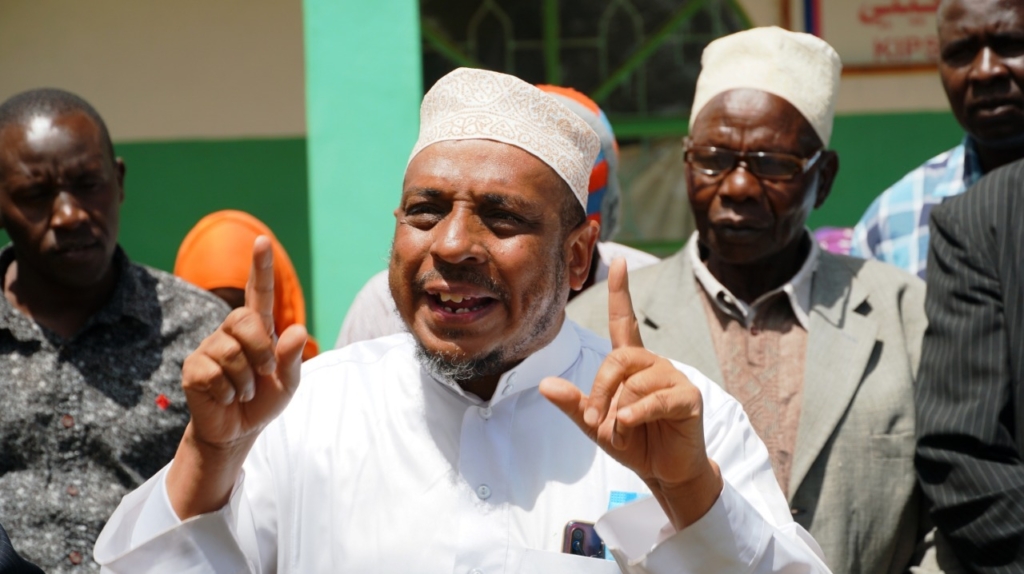 ELDORET—Muslims from the Kalenjin Communities have accused the government of discrimination in the issuance of national identity cards.

Speaking to the press in Kipsangui, Uasin Gishu county, they cited issues of discrimination and harassment especially during issuance of identity cards asserting that they deserved equal treatment like the rest of Kenyans.

The residents further faulted the state for subjecting them to strict vetting process that has contributed to many of them failing to get the vital documents.

“As Kalenjin Muslim community living in Uasin Gishu, we are disappointed by the government for discriminating us because of our religion while giving out identity cards. We are Kalenjins born and raised here, why should we be subjected to such a vigorous proces?” posed Abdul Tuei while speaking to the press.

They noted that it is the constitutional right of every Kenyan who has attained 18 years to register and be issued with a National Identity Card (ID) and asked Interior cabinet secretary Fred Matiang’i to intervene to ensure Muslims are not discriminated against in issuance of identification documents.

“Officers in the office of registration of persons have been taking us in cycles when we go to process for our national identification cards. We need the documents because we are Kenyans who deserve recognition. Matiang’i should intervene and order the officers in charge produce the documents,” said Abdul Tuei.

They lamented that the delay in the issuance of Identity cards is holding back the progress of many youth in the region adding that without the documents, the youth cannot progress for further education, travel, open up account in financial institutions, secure loans nor engage in entrepreneurial and other income generating
activities to improve on their livelihood.

“We are calling on our members of parliament to take this matter seriously and take it to parliament for the clause to be removed since we are suffering. Our children are over 18 years and they don’t have identity cards,” said Hassan Kili.

“We should not be discriminated against because we are Muslims since we are not refugees and we should be given identity
cards with immediate effect,” Hemedi Kipkemboi said.

“We are even being told to go to North Eastern and apply IDs from there,” said another resident who expressed bitterness about the open discrimination policy being perpetuated by the local civil registration department.

North Rift Council of Imams and Preachers of Kenya (CIPK) chairman Sheikh Abubakar Bini called on President Uhuru Kenyatta and the Interior Cabinet Secretary Fred Matiang’i to intervene and help them get their national identification cards.

“We are disappointed with the government for discriminating Muslims while giving identity cards, why should they be vetted yet they are Kenyans. I am calling upon President Uhuru Kenyatta and the CS Interior Fred Matiangi to intervene and ensure that they get identity cards. Differences in religion should not be an issue while giving cards” Sheikh Bini said.