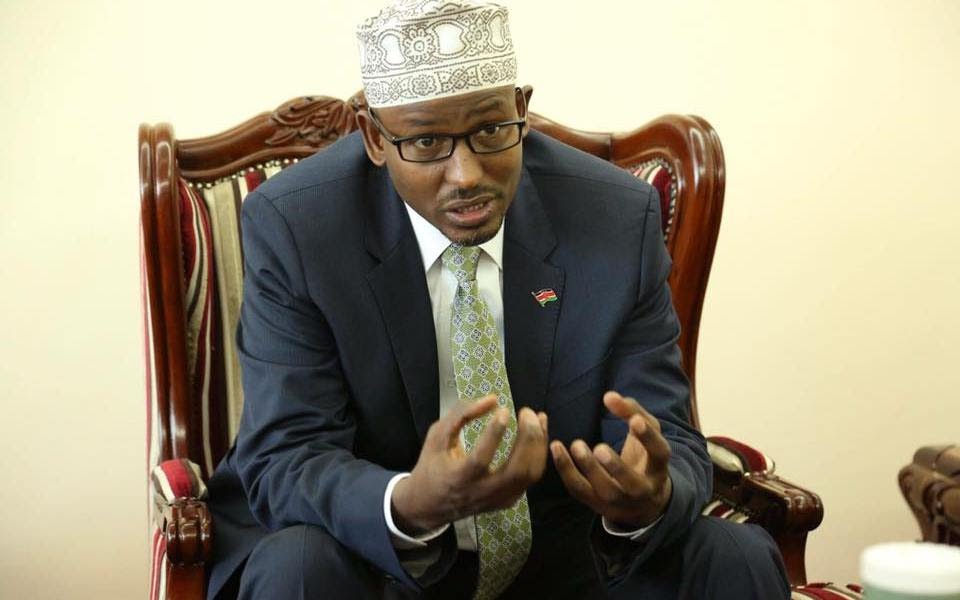 Abdullahi who intends to clinch the top seat in Wajir using the ODM ticket decried that the system of clan endorsement was increasingly being abused.

“The idea of clan endorsement is good,it doesn’t harm but I think the shenanigans of what has happened in the last couple of months will sound the death nail for the clan endorsement system that we have had in parts of the country, “said Abdullahi.

The Former Wajir Governor pointed out that he was endorsed by the clan in October last year to be the next governor, but the same entity has gone ahead and endorsed several other leaders for the same seat.

“Increasingly its becoming commercialized, abused and the verdict is no longer binding on anyone,” he said.

In most elections despite the voting process being democratic in the country, North Eastern communities settle on choosing candidates based on clan elders agreements through consensus by several clans.

He noted that even when the clan elders settle on one individual other aspirant still come out to vie backing their ambitions on clan endorsement, which beats the logic of the process itself.

“At times when the consensus is reached through a transparent manner those who have lost again go ahead and disregard outcome of it. The question now is, was it necessary to have gone through the process,” he decried.

Abdullahi revealed that he already has the backing of the clan having been endorsed in October the same year.

“God willing,I will be a candidate for the position of Governor in Wajir County in the August polls. I believe that I have obtained the requisite endorsement that were needed.Am not bothered about who has joined and who has left.Am just one of the candidates on the ballot asking for votes,regardless of who else will join,”the former Wajir Governor stated.

During a book launch of Friendly primary revision mathematics book by Abdille Adan, Abdullahi lamented that clan nomination have been eroded as the welfare of the people is no longer an agenda when choosing candidates.

“They no longer consider quality of candidates or the agenda.All that is discussed is what are we going to do as sub clan,the quality of the people is no longer an agenda.i have a clear plan and I know how to move forward on it once elected,”he said.

He vouched for Azimio la Umoja movement saying that Raila Odinga is best suited to take the helm of power as the 5th president.

“I understand ODM is part of the Azimio la Umoja movement,how we deal with tickets within the wider movement.Its time will come,”Ahmed said.