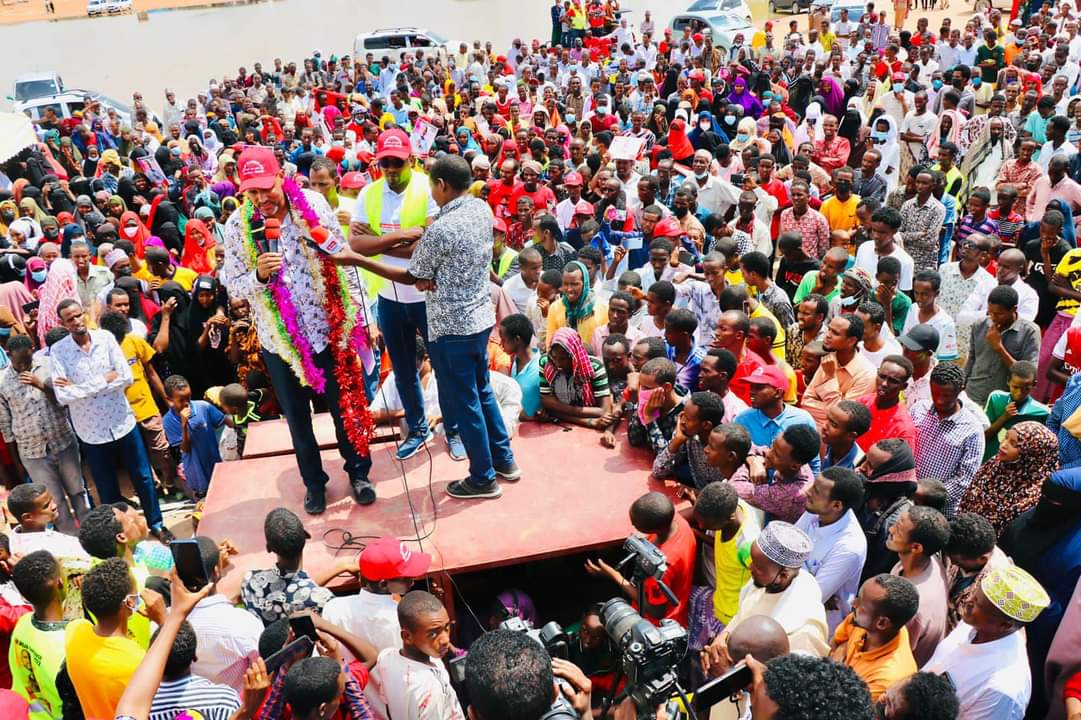 For decades now, the people in Northeastern have been electing an already selected candidates, especially from 2013 when Devolution was introduced. The process is elder-driven called “negotiated democracy”.

Many consider this form of election in northeastern as mediated election since the clan elders popularly known as Sultans agree unanimously to support one candidate and the community, with their will or against it, must help.

The aspirants who disagree with the elders or Sultans decision are seen as though they have committed political suicide. And let’s consider the way the country’s politics is shaping. We might agree that Negotiated Democracy is being embraced at a national level, but that is a story for another day.

Many politicians who are already famous or from a moneyed background champion this form of selection because it favours them. Negotiated democracy has two core principles: a pledge to abide by the council of elders’ decision and penalties for defying it.

Former Mandera Senator Billow Kerow mentioned how it swept away campaign expenditures. He also argues that negotiated democracy limits frictions and tensions between and within the clans. It ensures everyone is brought on board and thus encourages harmony, cohesion and unity.

On the other hand, Dr Salah Abdi Sheikh is a critic of this model. He says it does not allow people to express themselves as individuals but only as a group and that it has created a situation where there is intimidation of entire groups, including women, who are put in a box and forced to take a predetermined position.

Killing the ambitions of many.

The architects of Negotiated democracy are men who intentionally left behind the women and the youth. As a result, no woman has been elected as governor in northeastern Kenya, and the only Member of Parliament to ever get elected is Sophia Abdinoor of Ijara, Garissa County.

The absence of women is a big flaw that weakens the structural legitimacy of negotiated democracy. At the same time, the youth are kept waiting and just told “Leaders of tomorrow”, a day that never comes. Many youth and women who are ambitious and learned have not been given a chance to vie as they are told to step down by the clan elders in favour of popular moneyed aspirants. This problem needs fixing, but nobody is ready to step up as the rich are getting richer and the poor get more poorer.

The big question remains unanswered: when will the youth and women get their chances in North Eastern even to participate in the political process?

It is no secret that North Eastern is way behind in terms of infrastructural development and basic social services. For example, a town like Garissa—where the River Tana is just within reach— is not having the proper water scheme, and the people have been complaining lack of sufficient for use.

In the the health sector, the doctors are demolorised and hospitals operate without medicine in the three counties. In terms of roads and other needs, it isn’t enjoyable. All this can be blamed on poor leadership and, indeed, on negotiated democracy.

A particular minister or CEO in the country can’t be sued because they are from clan X or Y and the clan will go against the s(elected) governor if he tries to replace him.

It is 2022, but for North Eastern, it is not even 2002 as clannism hold the region hostage. The big question is: who will save this people from themselves?

Harun Salat, is a local Journalist based in Nairobi. He covers North Eastern issues