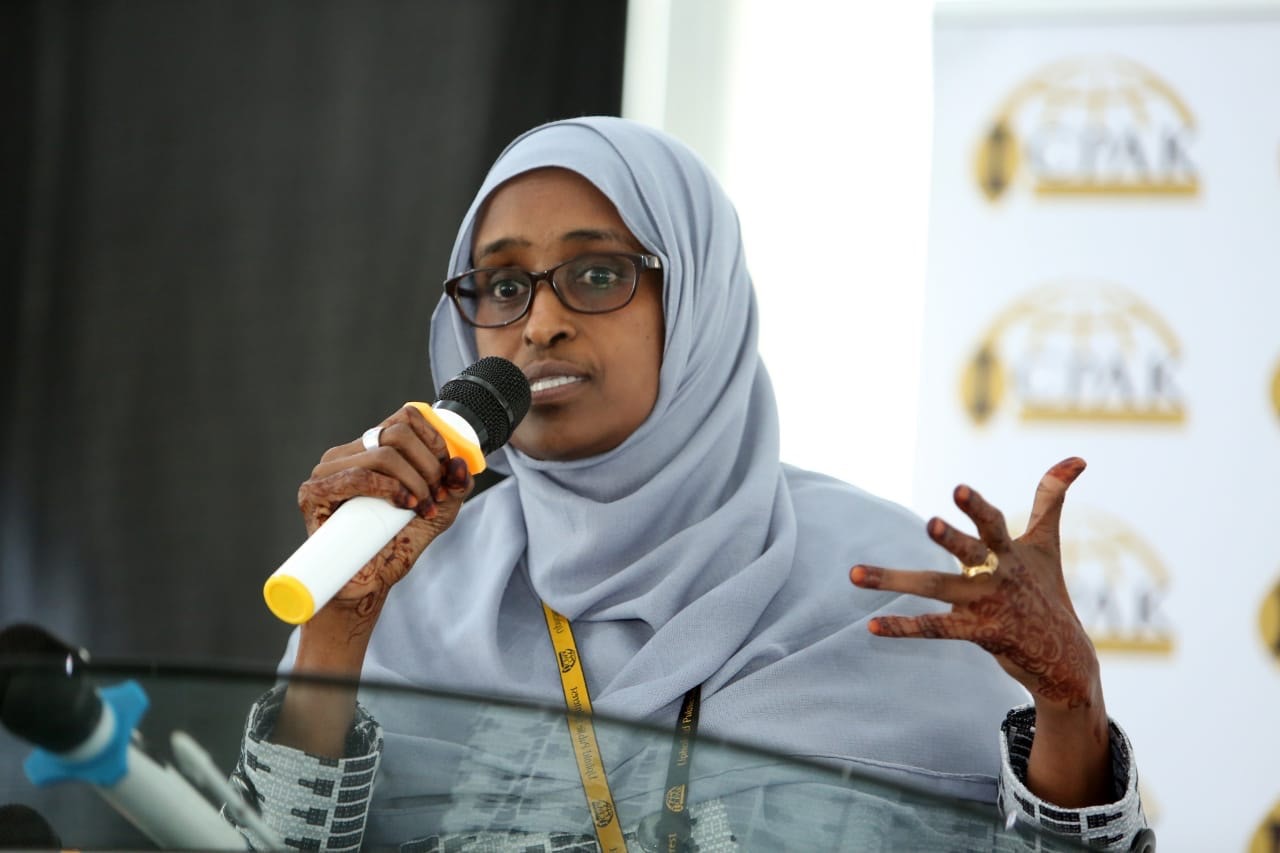 Senator Farhia Haji speaking at a past event. (Courtesy)

NAIROBI—Women leaders from Nothern Kenya have strongly condemned the alleged assault on female legislator by a Wajir MP.

Describing the act as “ugly” and “unfortunate,” nominated senator Farhia Haji stated that acts of violence against women would not be tolerated.

“ I don’t know much about why they fought, but any acts of violence against a woman—whether leader or not—should be condemned,” Farhia said while speaking with the BBC on Thursday.

“If a woman leader can be assaulted that way, what do you think of those women out there with no protection,” Farhia noted.

As a women, senator Farhia said, she was disappointed by the assault “because every way you look at it, it’s ugly and worth our condemnation as a community and country.”

She was echoed by Mandera woman reprentative, who said the  behavior marked a new and previously unimaginable low point and it is completely “unacceptable.”

“No matter the level of disagreement or misunderstanding, a male leader doesn’t have to go to the length of physically assaulting and harming a fellow leader just because she is female and is viewed as the weaker gender,” Amina Gedow said in a statement seen by Kulan Post.

She added that: “I not only condemn it in the strongest terms possible but also lambast and stand against all forms of assault, bullying and mistreatment of women. In whatever way it is, that kind of behavior is completely out of order and uncalled for.”

Wajir East MP, Rashid Kassim was Thursday afternoon arrested by detectives from the Directorate of Criminal Investigations following assault on Wajir Women Rep, Fatuma Gedi at the precinct of Parliament. He will spend at police custody tonight and will be arraigned at court on  Friday.

The incident happened Thursday at Parliament’s packing lot five minutes to 10am.

Ms Gedi, who was in the company of Homa Bay Woman Representative Gladys Wanga, was going for a committee meeting at Protection House which is situated outside Parliament buildings when Mr Amin accosted her.

Mr Amin accused the MP, who is a member of the Budget and Appropriation Committee, of failing to allocate money to his constituency during the recent committee visit to Wajir County.

Speaker of the National Assembly, Justin Muturi in a communication from the Chair asked the police to expedite investigation into the incident.

“The matter has been reported at Parliament police station. I have given strict instructions that criminals cannot be harboured in Parliament. A crime is a crime. I have directed that the police may go to whatever extent to investigate and if necessary, arrest, and charge before court whoever is found to be culpable,” said the Speaker.

“This is not a matter of privilege. Parliament cannot be a sanctuary for criminals. Even if you disagree, it cannot be a reason or excuse to engage in criminal activities. These are my directions to the police they must deal with the matter firmly, because nobody is above the law,” said Mr. Muturi, who had a difficult time controlling women MPs who sang and chanted in the chamber calling for action against their offending colleague.