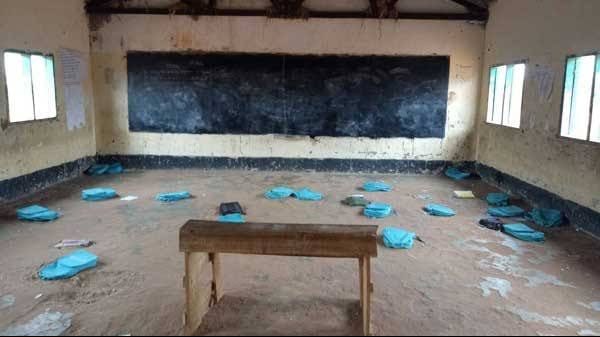 Nature has a way of balancing life and that clearly explains why you and i probably come from different regions with different climatic conditions, different cultural practices and a different religion orientation but yet still under one nation.

Theoretically, the environment you are raised in to a larger extend plays a role on who you become in life. This explains why we tend to celebrate children who excel in national examinations but come from remote villages and slum dwellings (poor homes) or even those children who stand against otherwise considered “harsh cultural practices”. We celebrate them not because they have done better than others, no, we do so with the imagination of what they had to endure to excel.

United Nations defines poverty as a denial of choices and opportunities, a violation of human dignity. It is lack of basic capacity to participate effectively in society and not having enough to feed and cloth a family. This is a common phenomenon in the Northern part of Kenya considering the harsh climatic conditions in the region. Compounded with lack of basic education, that society is good for nothing.

It is common knowledge that education in Northern Kenya is badly suffocated and requires urgent resuscitation to survive otherwise as a country, Kenya is committing bloodless genocide on those innocent children who like any other child genuinely want education.

To date, anything gunshot in North Eastern region passes for terror attack. With this, even your usual thugs who got nothing to do with terrorists and even those who would run at a mention of Al Shabaab take advantage to run amok in Wajir and Garissa. This does not in anyway rule out the fact that acts of terror are usually committed in that region.

Ever asked yourself the social and economical composition of Wajir and Garissa? Does it mean that there aren’t non local businessmen, casual labourers or other government employees who are non locals and non Muslims as well? Am not saying they should be attacked, no, that’s not the case. My concern is, why the terrorists would only target teachers? For the other groups it is always isolated cases but not as rampant as it has been in the past with non local teaching staff.

Should we come to a consensus that targeting of teachers has been an eyesore, then we need to ask this fundamental question; are the non local teachers the real target in the whole equation, if not who wants the children out of school and why? After Teachers Service Commission TSC transferred teachers from the region, it is common knowledge that the area is facing education crisis but again there are no more attacks.

Tens of schools have been closed not only for lack of teachers but also fear by the pupils and the parents. The Guardian Newspaper quoted a parent from Wajir ” why waste my children’s time in an empty school when i can utilise them to look after my livestock”

Irony of the attacks

Ever wondered if we have Kenyans working and living in Somalia, yes and those Kenyans who happen to only subscribe to Christianity. Thousands of Kenya’s for that matter earn a living in and from Somalia. They are never attacked. Some are teachers in even those areas perceived to be under the control of Al Shabaab but we never hear of them being attacked. So, why would Al Shabaab cross the boarder to come and attack teachers in Kenya leaving those who are otherwise “vulnerable” in Somalia?

Don’t tell me about ethno populism, this is a phenomenon whose practice isn’t even in Mogadishu or Hargesia, so why Wajir or Garissa? Ethno populism equally is not social selective but purely based on ethnicity. The clergy would have equally suffered in the hands of the “terrorists” but they haven’t and seemingly won’t.

When schools are closed, children are home and education morale is lost, who stand to benefit? What other engagement are the children having while out of school and what is the end game with this uneducated lot that has since dropped out of school? Could this be a breeding ground for future Al Shabaab fighters or is someone spoiling for a secession war with uneducated lot in the near future?

In the quest for building the nation, have done my bit. Over to you.