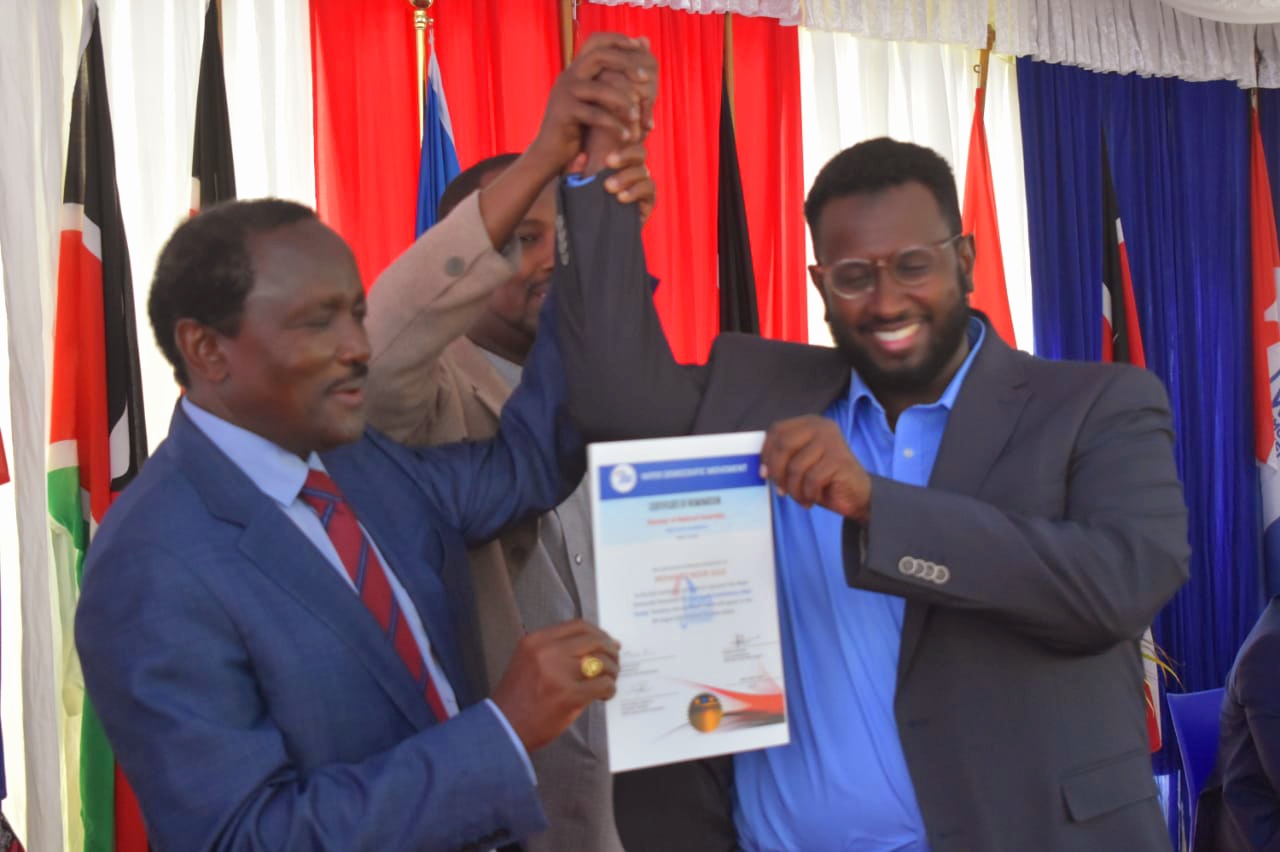 WAJIR—As the region battles with reccuring biting droughts and constant water shortages, one parliamentary candidate has put his best foot foward to address it.

Mohamed Noor Ogle, the son of a former legislator, is planning to use technological science to support agricultural productivity in Wajir South if the electorates support his bid for the area parliamentary seat.

When drought hits, water pans and dams in most areas dry up, it results in over-concentration of livestock and humans on major water sources such as boreholes, leading to the frequent breakdowns. Experts say climate change has amplified the existing stress on the availability of water. Wajir South is the largest subcounty with the highest number of boreholes and settlements.

“Through selective thinning, we have to try and convert encroacher bush into pellets for better digestibility and palatability as an alternative way of producing affordable animal feeds during the drought,” Ogle told Kulan Post in an interview.

On education, Ogle believes that technology can play a major role in development of the sector, particularly at the wake of the teacher shortage.

“We have to integrate digital delivery of lessons as stop-gap measure of mitigating teacher shortages as we robustly engage the government on posting more teachers (to the region,” Ogle noted.

The World Bank has identified the use of information and communication technologies in learning,  and educationists believe it can play a crucial role in providing new and innovative forms of support to teachers, students as well as the learning process more broadly.

In a parting shot, Ogle asked the people of Wajir South to “Vote for the trustee of hope and aspirations.”