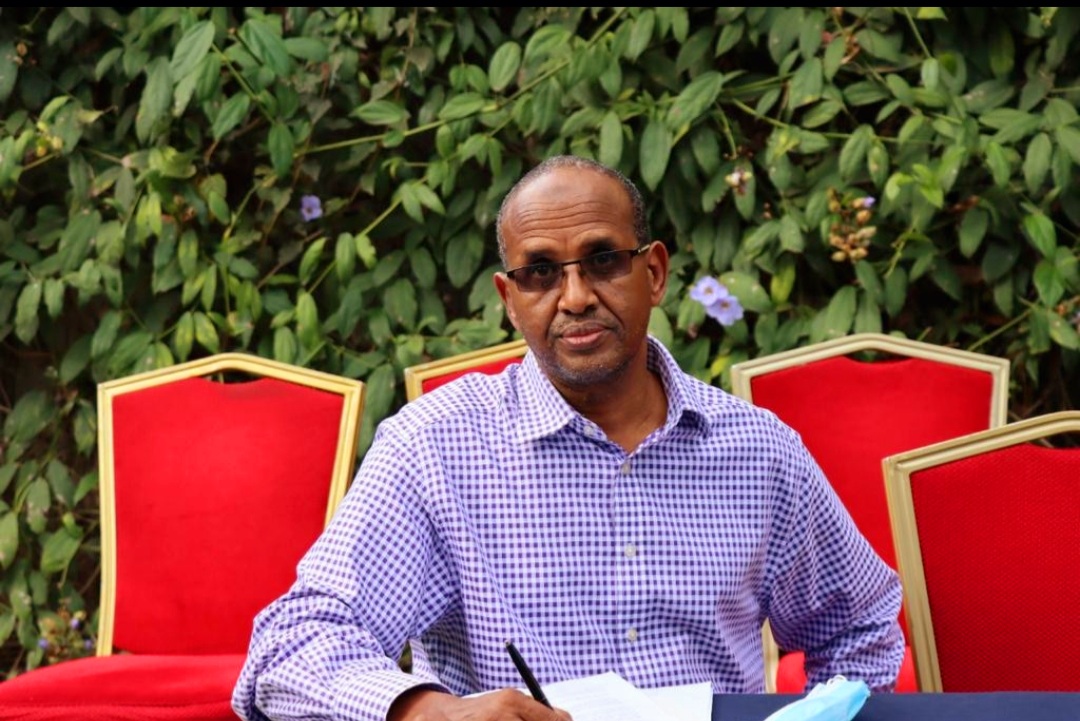 Omar Haji Salat during the press conference at the Boma Inn, Nairobi.

NAIROBI—A candidate contesting for the Eldas parliamentary seat has backtracked an earlier communicated decision which claimed that he stepped down in favour of his competitor.

In a press statement seen by Kulan Post, Omar Haji Salat said the “unplanned delegation” was coined to make it seem like he voluntarily “withdrew” from the race to replace the incumbent legislator.

“The said unplanned delegation allegedly to have declared my alleged withdrawal from the race was handpicked by my political opponents, which  from my view,  outrightly compromised the legitimacy of the decision,” Omar said in the statement.

He added that: ” Despite the such manipulation and fanciful rumours meant to create division, the Jibrail community has and will continue to collectively approach issues that arise from a common family viewpoint.”

Omar was responding to an endorsement drive last week in Wajir where a section of the Jibrail clan fronted Ahmed Boray as their preferred candidate for the next year elections.

A former District Commissioner, Omar noted that he cannot support resolution that create political division in the clan politics.

“It is therefore evident that the process was skewed in favour of my opponent (Boray)…lacked participantion of family members and the requisite transparency and accountability,” he added.

For those reasons, he continued, the decision to front Ahmed Boray will be “revisited and retrace the missed political steps.”

Omar Haji Salat with section of his supporters at the Boma Inn hotel in Nairobi during the press conference. (Kulanpost)

Omar, popularly known as Omar DC, called for a unity Jibrail clan meeting saying his endorsement will come from there. He stressed that he would continue his bid for the seat while banking on the hope of “trouncing all candidates to be the next MP.”

Omar urged the people of Eldas constituency to “dismiss any propaganda” that goes against his conviction to remain in the race.