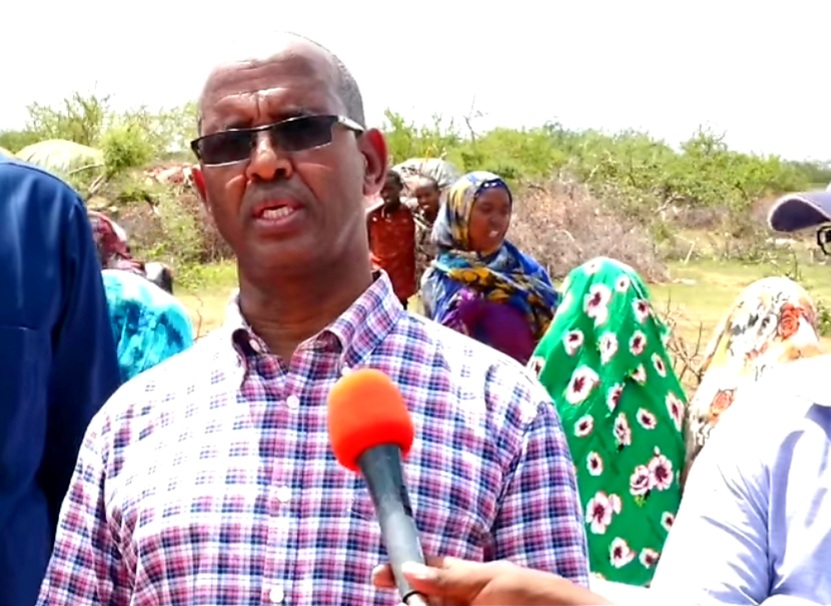 WAJIR—At the height of the ongoing inter-county armed clashes pitting herders between Eldas constituency and Moyale sub- county, more leaders are streaming to the hotzone to offer condolences and relief efforts.

The latest leader to give a visit to the area is Omar Haji Salat who, besides condoling with the bereaved families, offered the victims donations made up of basic foodstuff. Omar visited areas like Basir, Eldas, Masalale, Anole, Della and Part of Griftu

“My message is that of peace and reconciliation,” Omar said during his tour which came days after simultaneous such visit by Eldas MP Adan Keynan and Ahmed Boray.

Later, he set off his campaign rally to unseat Adan Keynan and ward-off the contested endorsement of Ahmed Boray Arale as the Abkey Noor candidate.

Omar reiterated a statement he made two weeks ago when he distanced himself from claims of withdrawing from the race in favour of Ahmed Boray.

In a press statement seen by Kulan Post, Omar Haji Salat said the “unplanned delegation” was coined to make it seem like he voluntarily “withdrew” from the race to replace the incumbent legislator.

“The said unplanned delegation allegedly to have declared my alleged withdrawal from the race was handpicked by my political opponents, which  from my view,  outrightly compromised the legitimacy of the decision,” Omar said in the statement.

He added that: “Despite the such manipulation and fanciful rumours meant to create division, the Jibrail community has and will continue to collectively approach issues that arise from a common family viewpoint.”

Dr Hassan: I’m ready to give up my salary but please allow me to solve the health problem within three months