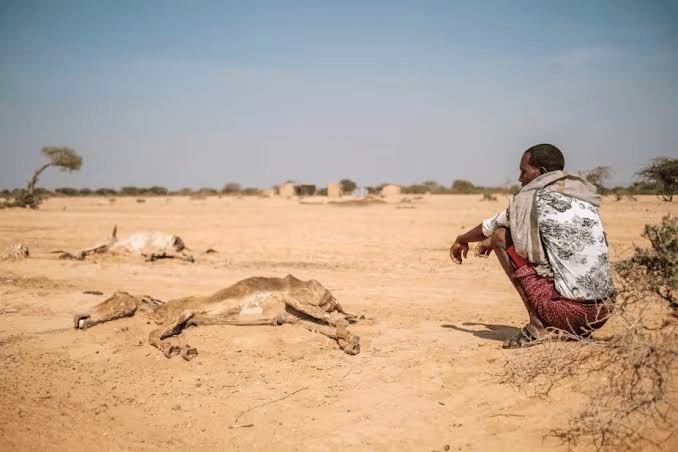 The North Eastern Counties of Wajir, Mandera and Garissa have not conceptualised and understood the 2010 constitution of Kenya in so far as devolution is concerned a decade since its promulgation.

In principle terms, devolution means the transfer of power and funding from the centre to the periphery. In the Kenyan case, the periphery is the county. This ensures decisions are made by or closer to the communities with the main focus being on priority areas.

The constitution divides Kenya into 47 counties with their respective county headquarters but up in the North, county leadership are still stuck in the old ways of doing things! They are nostalgic of the old constitutional order where the centre of power was Nairobi; where all the National Government Ministries, Departments and Agencies in the district regularly visited the capital for consultations on policy, budgetary, operational, strategic plans and other day to day management matters.

It’s unfortunate that 10 years after devolution, the NE county leadership permanently resides and are operating from Nairobi unlike other counties where governors operate from their counties and rarely come to Nairobi.

NE governors and their cabinets are a common feature at Wilson Airport. They frequently fly out in the morning, dash into their counties and fly back to Nairobi the same day once in a week/fortnight.

When a governor resides in Nairobi all other officers such as County Executive Committee members, County Chief Officers and Directors will also reside in Nairobi.

Imagine the amount of public money spent in travel, housing, shopping and hotel meetings! If spent in the counties, the funds could have circulated and improved the local economy.

In other counties, we see First Ladies shopping, taking their children to school, health centres and helping the needy and poor in their localties. Operating from a county means that the county leadership will have a better understanding of the needs of the people and explore better ways of addressing them.

The question is what business do the NE governors do in Nairobi?

With the powers conferred on them by the constitution on devolution, the NE county leadership should have declared the ongoing drought a County Disaster. This is because the drought has killed the economic base of NE which is livestock, and is threatening human life.

Such declaration would have allowed usage of all county budget except staff salaries for food and water distribution to starving people and livestock. That is the essence of devolution.

Ordinarily, only after exhausting their budgets would the governors turn to the National government and international Agencies for support.

These challenges require strategic thinking if they are to be addressed in a manner that is in tandem with the principles of devolution as captured in the constitution.

In order to spur economic development in their areas, the county leadership should create sub counties treasuries. This will help procure and make payments for all the project implemented at the sub county level. It will also coordinate county activities, programmes and projects.

Before devolution, we had Districts Treasuries in all the Kenyan districts which flourished in terms of business. I once visited the then Habaswein District and was excited with what I saw. Because of its status, it had modern buildings for hotels, guest and residential houses. There was a beehive of activities at the District Treasury. Habaswein also had a bank, an indication that a lot of money was in circulation. The same was for the District of Giriftu and Bute of the larger Wajir county.

For devolution to have meaning to the people of NE, governors will have to make tough choices. They have to stop “exporting” seminars and workshops to other counties, which is one sickness devolution sought to cure.

The governors must conduct their workshops/seminars meetings in their county headquarters or even Sub- county headquarters. Conducting such events outside NEP is expensive. With over 40 billion budgets 2022 /23 financial year, NEP counties can overcome famine and bring the much need social- economic development in the region.

But for this to be achieved, professionals from the region, including religious, political and opinion leaders must abandon their comfort zones and take the lead in shaping the social economic development in the area.

As professionals, we have an opportunity to redirect the energy and focus in this second decade. We should not allow our communities to die of poverty, ignorance and diseases as we look up into the second decade which is projected to inject about Sh500 billion in the three counties.