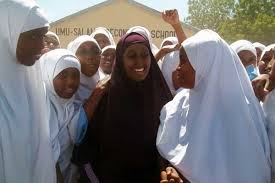 By: The Friday Bulletin

NAIROBI— Members of the National Assembly have voiced their anger over a court decision to ban the wearing of the hijab at an Isiolo school.
The MPs critised a ruling by the High Court judge Justice Nzioka wa Makau describing it as an assault to the constitutional right of freedom of worship and threatened to move to court to challenge the ruling.
The judge made the ruling at the backdrop of a ministerial directive by Cabinet Secretary Jacob Kaimeny reiterating that school heads to respect the wearing of the hijab by female Muslim students.
The ruling came after a Methodist-sponsored school in Isiolo by the name St. Paul Kiwanjani Secondary School went to court seeking an order to block the wearing of the mandatory Islamic female dress.
Speaking at the parliament building Mvita Member Of Parliament Abdulswamet Shariff Nasir castigated the move saying that it threatened the freedom of worship enshrined in the Bill of Rights.
“This is violation of the constitution which is supreme law of the land. It violates the rights of individuals to practise their religious beliefs,” he said.
He explained that the bill of rights in article 32 (3) categorically states that any person will not be denied access to any institution, employment or enjoyment of rights because of his/her beliefs or religion.
“The constitution further states that any person shall not be compelled to engage in any act that is contrary to a person’s belief,” he noted.
He further noted that 2009 directive by the then permanent secretary in the ministry of education Karega Mutahi was clear that the students should not be denied their constitutional rights to wear the hijab and said public schools should respect such a decision.
Abdulswamed, flanked by several Muslim MPs, said laws that compel students to go against their beliefs would not be tolerated in modern Kenya. “We have decided as MPs from the religious divide to take up the matter and lodge an appeal and if need be, we will travel to Isiolo to express solidarity with the students and parents,” he said.
Social activist and writer Salah Abdi Sheikh accused the judge of being an extremist who aspires to promote intolerance in the society. “The judge is a dangerous person who thinks his personal faith is the constitution whose judgements are informed by prejudice against a specific section of the society,” he said.
The church in its part argues that it sought court orders saying the school was church-sponsored institution and its rules do not allow Muslims to wear the hijab since it amounts to discrimination against the Christian students.
In the ruling, the judge restrained the Teachers Service Commission, the county director of education and district education officers against allowing female Muslim students to wear the attire, contrary to school rules and regulation.
In March this year, the nominated MP Zulekha Juma Hassan demanded a statement in parliament regarding the discrimination of Muslim students in public schools, as an act which she said threatened unity and diversity of the country.
“Students are being denied the rights to observe their five daily prayers, being forced to attend church services, forcing Muslim girls to remove their headscarves and stopping them from covering their legs,” she said.
In response, the education cabinet secretary Jacob Kaimenyi maintained that the ministry’s policy respects religious practises to all learners. “The ministry directed that all school heads to respect the wearing of the hijab by female Muslim students in all public schools. The stand of the ministry on this directive has never changed,” he said.

Western hypocricy on women rights and the ‘war’ on hijab