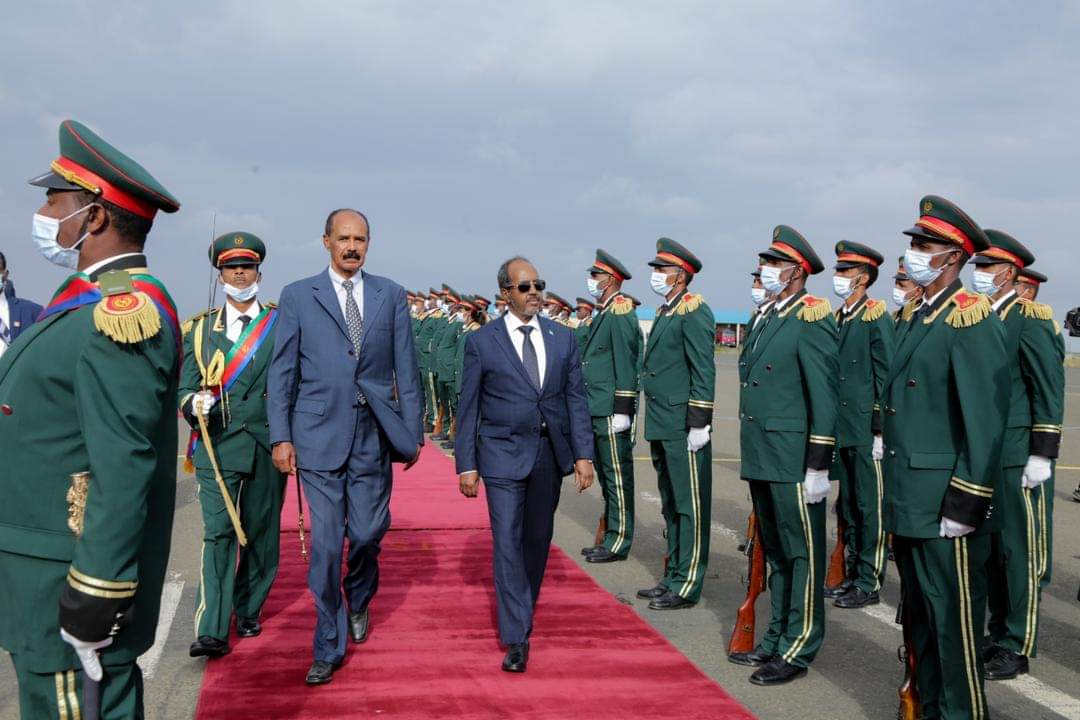 During his four-day working tour—the third since he assumed the presidency—Hassan will hold talks with Afawerki. A statement by Villa Somalia said the two head of states will discuss “how to deepen relations as well as increase the cooperation between the two countries.”

What’s the significance of this visit?

The country has for a while been shaken by the mystery-ridden reports of young soldiers being trained in Eritrea. The parents of these soldiers have severally raised concerns over the whereabouts of their children.

Former president, Mohamed Abdullahi Farmajo has been tasked by the his arch political rivals, including president Hassan, for allowing the recruits “to participate in the Ethiopia-Tigray war.”

Last year, a United Nations report indicated that the Eritrean-trained recruits fought alongside Eritrean soldiers in the Tigray war.

Farmajo and his administration dismissed the claims. Days after he lost the presidential elections, Farmajo, while handing over the instruments of power during a televised ceremony at Villa Somalia, handed president Hassan a file he said contained the details of the recruits.

“There’s no any recruit that participated in the Tigray war…those (rookies) are among the best trained, displined,” Fahad stated in a pre-recorded interview.

However, a spokesman for the presidency told the press that “a number of soldiers died in the Tigray conflict.” Parents who spoke with the local radio stations on Saturday said Hassan’s visit to Asmara “will unravel alot of mystery.”

President Hassan Sheikh Mohamud and Afwerki did not have a cordial relationship during his firts term, a period that lasted between 2012 to 2017, and analysts now believe this visit will strengthen the sound diplomatic relations birthed during Farmajo’s presidency.