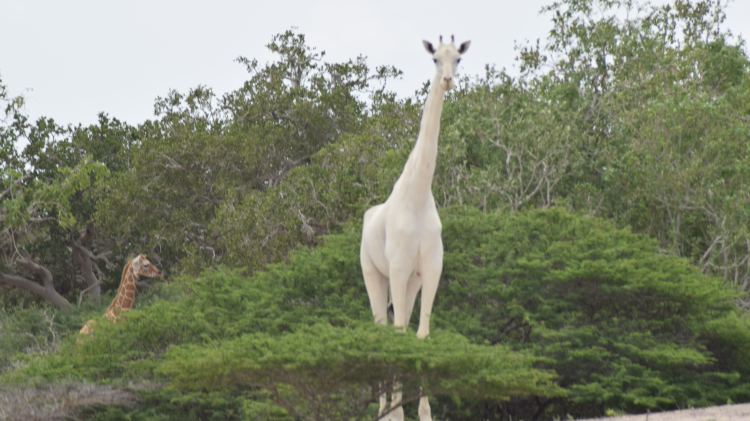 GARISSA—Poachers have tracked and killed a rare giraffe and her calf at Ishaqbini Hirola Community Conservancy in Ijara, Garissa County.

Conservancy manager Mohammed Ahmednoor said the slaughter of the rare white giraffe has brought upon grief in the community.

“This is a very sad day for the community of Ijara and Kenya as a whole,” Ahmednoor said in statement on Tuesday.

“Her killing is a blow to the steps taken by the community to conserve rare and unique species, and a wake-up call for continued support to conservation efforts,” the statement added.

The birth of the male white calf brought to three the number of all known white giraffes in the country.

The sighting of the rare white giraffe in 2017 bedazzled the local Garissa community, wildlife conservationists and scientists across the world.

Ahmednoor said the white giraffe was a big boost to tourism in the area.

“This is a long-term loss given that genetic studies and research which were a significant investment in the area have now gone down the drain,” Ahmednoor stated.

Following the death of the mother and the calf, only a lone bull remains.