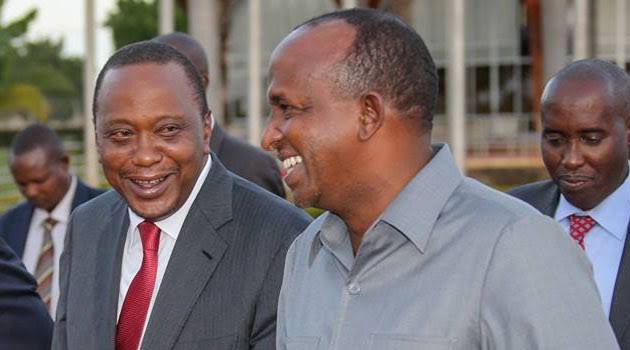 President Uhuru Kenyatta shares a joke we with Majority Leader Aden Duale in past function. (courtesy)

MANDERA—Police in Mandera are holding a Form-Four student for “plotting” to kill President Uhuru Kenyatta and Majority Leader.

The Kenya Certificate of Secondary Education (KCSE)  candidate at Elimu Bora Secondary School in Mandera wrote in his English Function Skills paper how he is planning to kill the President and the Majority Leader on unknown date, the Nation reported.

The police are now applying to hold him seven more days to conclude investigations.

However, questions have been raised over how the police accessed the papers which are supposed to be private.