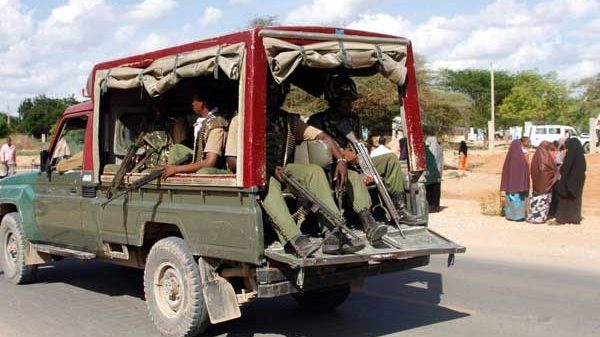 GARISSA—Two police officers who killed two Garissa men will now stand trial in Nairobi and not at Garissa High Court as earlier indicated.

Yesterday, a crowd seeking to witness the trial of the two officers converged at the court prescints, but were later dissapointed after they were informed that the case would not be heard in the courtroom due to Covid-19 restrictions.

”Because of Covid-19 measures, the case will be heard virtually,” Brian Odhiambo told the Star over the phone. He added that: ”the DPP directed the transfer of the case to Nairobi for fear of the accused’s security.”

The victims were gunned down during a confrontation between police officers and area residents who were demanding the release of a suspect who had been apprehended by plain-clothed DCI officers.

According to Garissa Police Commander Alfred Ongnego, the officers had gone to arrest a murder suspect when residents intervened and helped his escape.

Inspector General of Police Hilary Mutyambai has directed the Directorate of Criminal Investigations (DCI) to carry out forensic analysis on the firearms used by the officers.

“The investigations with input from IPOA and ODPP shall be able to establish whether the officers were justified to use their firearms or not,” said the National Police Service on Sunday.

Trump orders withdrawal of US troops from Somalia