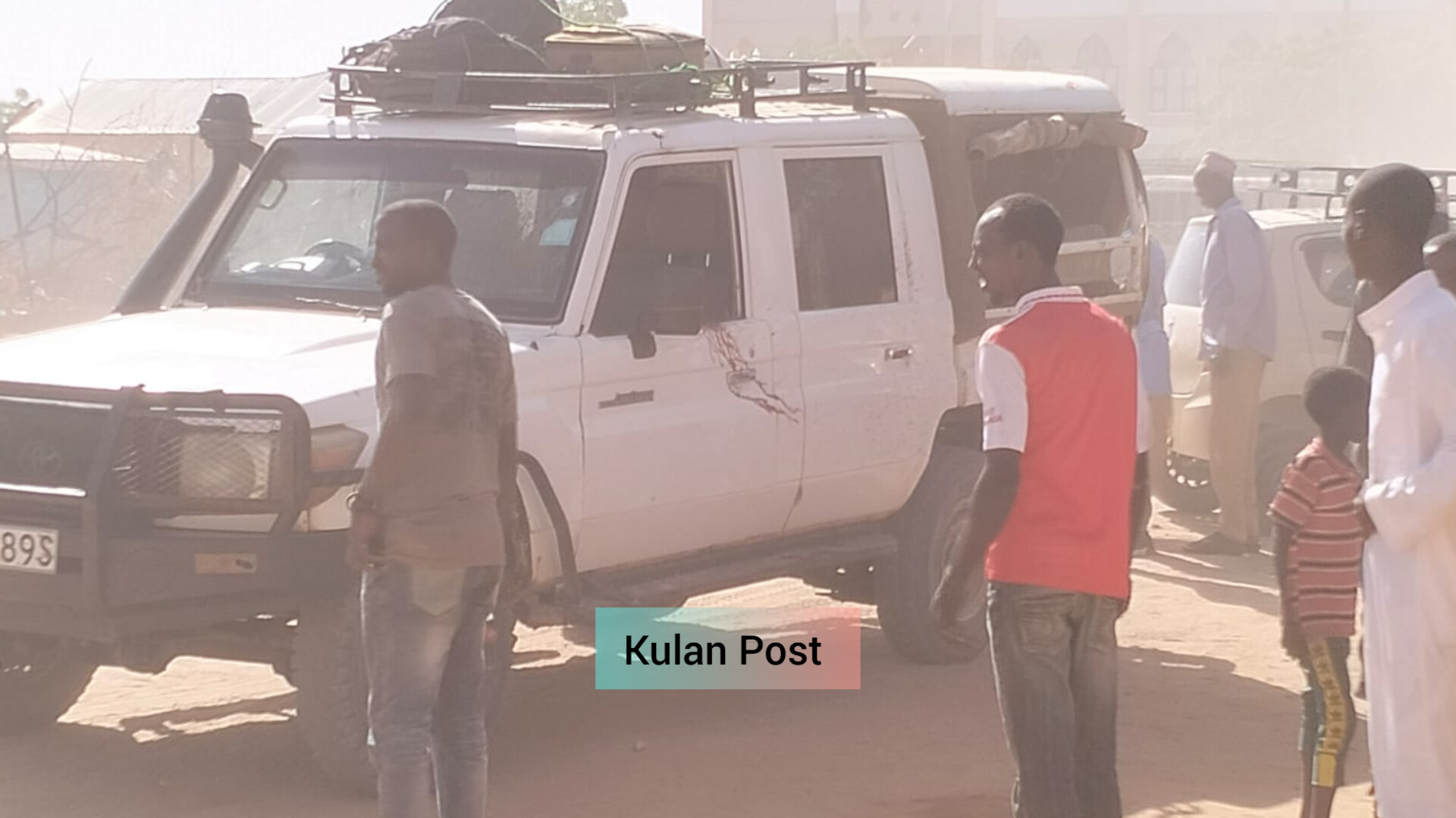 While confirming the incident, County Commissioner Onesmus Kyatha said the police are pursuing the gunmen who were estimated to be nearly thirty people.

“We have deployed various security agencies who will pursue the militants because we suspect they are hiding in that area,” he told Kulan Post.

A passenger who was seated behind the deceased woman said they were ambushed at two different points of close distance.

“We were ambushed at two different places along the same road by close to thirty gunmen before the driver escaped with punctured tyres,” said Mohamed Hassan, a passenger.

“Civilians came to our rescue, helped us with wheels…that’s how we arrived at Rhamo town. Not even a single government official bothered to know what transpired,” he added.

The Toyota Land Cruiser had eleven passengers. Apart from the woman who died, all the others escaped from the ambush,” said a chief who spoke to us on condition of anonymity.

The chief called for action saying Al-Shabaab militia have for the past month proliferated in Mandera North.

“We will not wait for the police to fight the enemy, instead we will use the ‘illegal firearms’ within our reach,” said the legislator.

The deceased woman, a mother of two, was the spouse to a senior police officer attached to the security details of Mandera senator, Ali Roba.

The vehicle left Banisa town at 6 am and was heading to Mandera town, a distance of 200KMs.

Suspected Al-Shabab militants have killed a father and his son at Jabibar village along Rhamo-Elwak road in Mandera county on Saturday morning, Kulan Post understands.
Ali Abdi Baricha, 38, and his 12-year old died after their car was sprayed with bullets
https://t.co/000f1BX2bi

A father and his son were killed along the same road when their Land Cruiser was ambushed on December 11 last year.