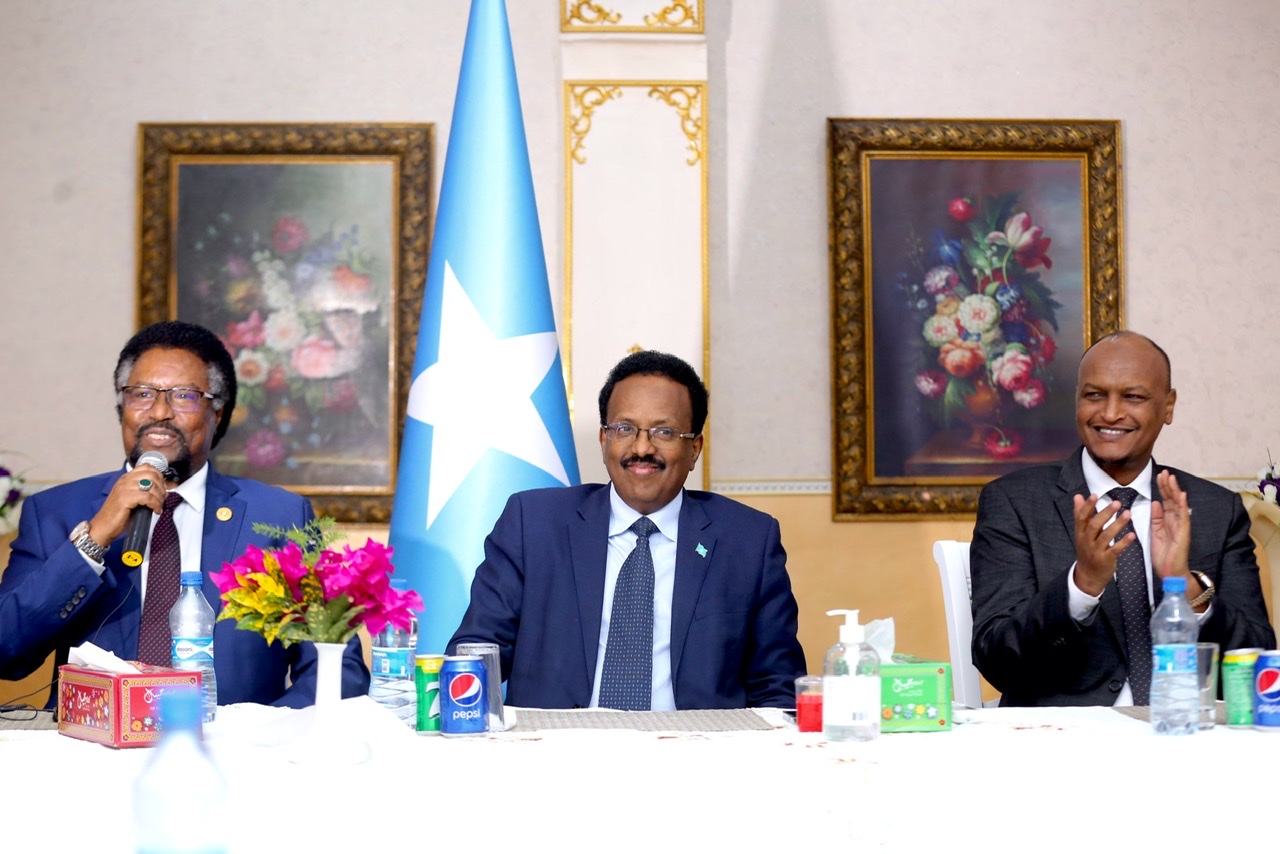 MOGADISHU—After months of stand-off and renewed calls for President Mohamed Abdullahi of Somalia to resign, the head of state has finally bowed to the pressure and accepted to include clauses from the opposition side into the election recommendations.

In what appears as the President gravitating towards the middle ground, few of the contested names in the team that make up the federal elections committee will be removed in a bid to attain “acceptable process by all.”

The new recommendations were presented to the forum for the presidential contenders—an non-election alliance of the candidates eying the top job—on Sunday night by federal state presidents allied to Farmajo at a city hotel in Mogadishu.

The federal state leaders also said they will take up the task of negotiating with their fellow regional presidents from Puntland and Jubbaland. Lafta- Gareen was reportedly tasked by Villa Somalia to lead the talks.

If talked would have failed, Somalia was on the verge of political crisis and possible armed conflicts stemming from constitution stand-off.

The two most powerful and influential federal states—Jubbaland and Puntland—have objected to forming their respective elections committees citing withdrawal of federal troops from Gedo region.

The senate election was called off the third time on December and was due on January 7 to 14th.