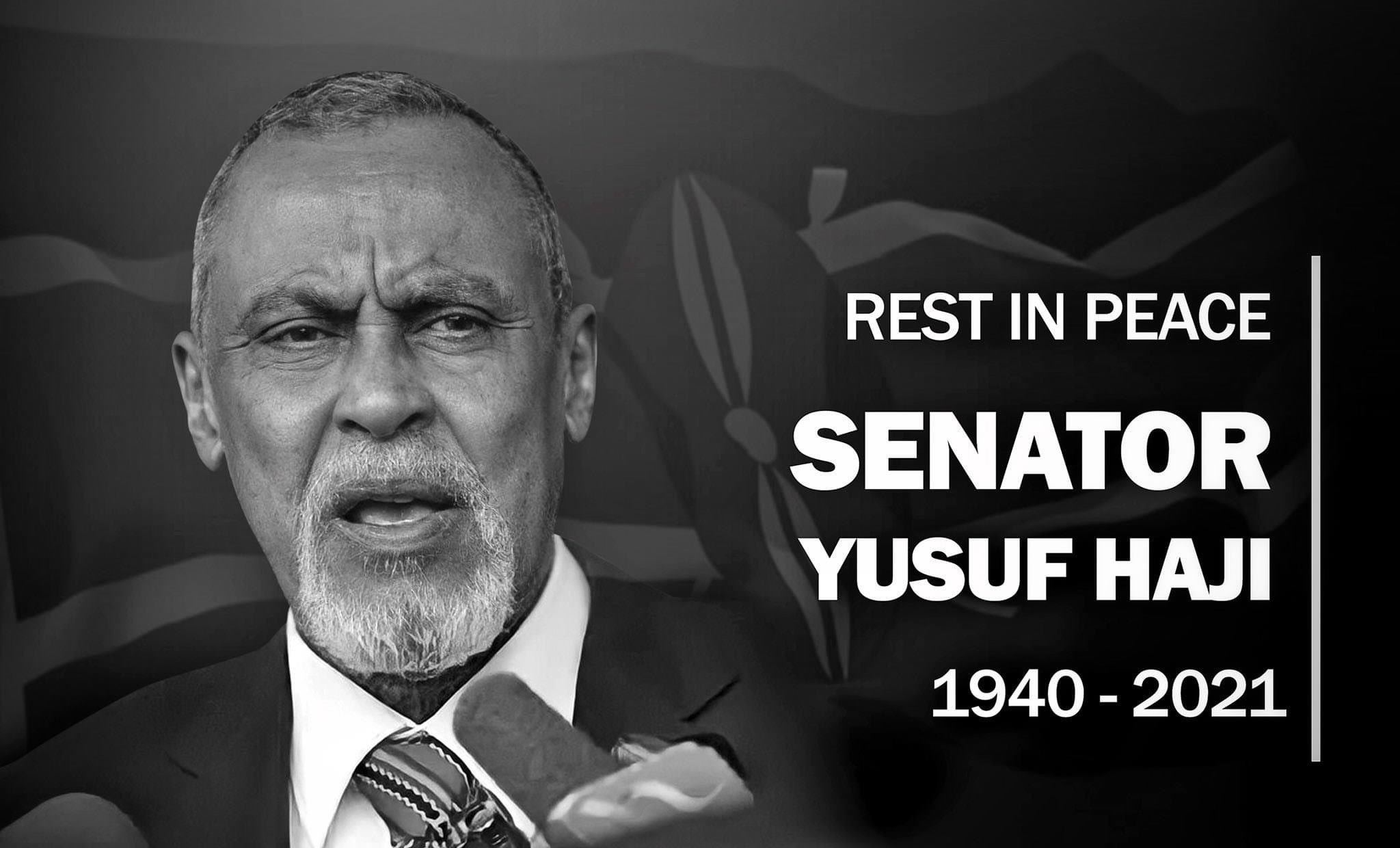 NAIROBI—President Uhuru Kenyatta has sent a message of comfort to the family, acquaintances and residents of Garissa County following the death of their Senator Mohamed Yusuf Haji.

In his message of condolence, the President eulogised the veteran politician, who until his death was the chairperson of the Building Bridges Initiative (BBI) Taskforce, as a dependable Kenyan leader and patriot.

“It is very unfortunate that we have lost such a dependable, solid and highly accomplished Kenyan leader.

“Mzee Haji was a highly respected leader and elder whose wisdom, deep knowledge of the Kenyan society and long experience as a public administrator enabled him to serve the country in various leadership roles with distinction for many years,” the President said.

The President said the death of Senator Haji was a big blow to the country especially in the BBI constitutional reform process where his leadership shall be dearly missed.

“Mzee Haji was a steward of the BBI process and a strong pillar of our desire to construct a cohesive, peaceful and more progressive Kenyan nation. His stewardship of the initiative shall be missed,” the President eulogised.

The Head of State wished the family, friends and relatives of the departed leader God’s comfort as they come to terms with his demise.

Meanwhile, the president of Somalia Mohamed Abdullahi has condoled with the family of the late senator.