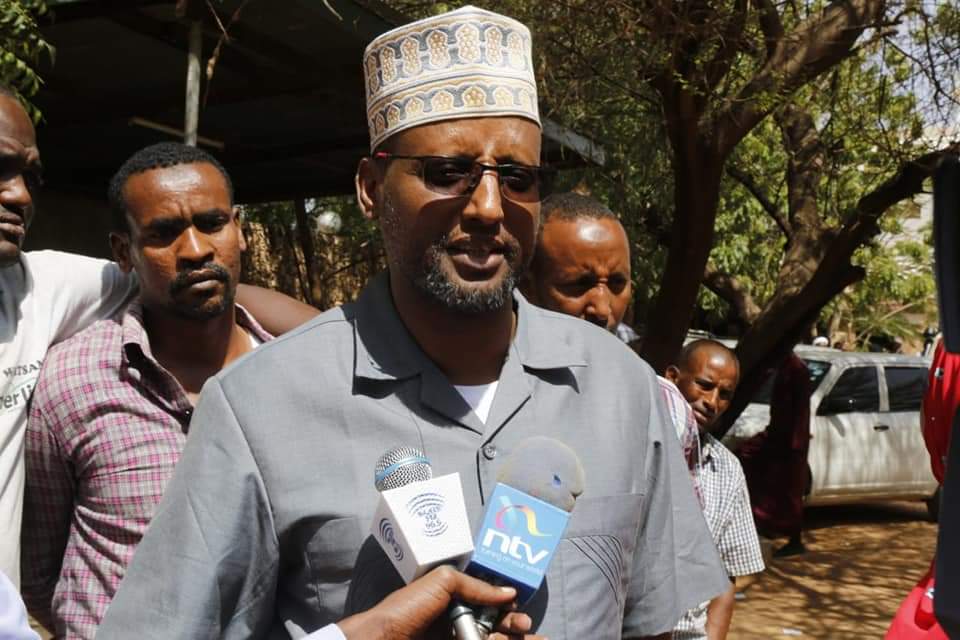 The senator of Dr Abdullahi Ali during press briefing in Wajir. (Courtesy)

WAJIR—Pressure is increasingly mounting on the Supreme Court of Kenya to end the petition challenging the election victory of Wajir governor and the validity of his university degree.

While making his presentating before the Building Bridges Initiative at Wajir, senator Abdullahi Ali challenged the Chief Justice David Maraga to expedite the ruling on the petition.

“The Supreme Court is not above the law and it should not act that way. It should dispense the final judgement to end the suffering of the people.

” Let the people know whether the governor (Mohamed Abdi) will leave (the seat) or he will continue serving,”  Dr Abdullahi said.

This is conspicuously a major shift from a statement he made on November during an interview with Kulan Post where he reserved his comment, perhaps to avoid supremecy fued between the judiciary and the legislature.

“This is the level of frustration the people of Wajir County are going through right now. They want the (Supreme) Court to end this mess,” Mohamed Salat, a shopkeeper in Wajir towns said after he listened the senator’s comment on the radio.

The frustration was also captured by the Leader of Majority in the National Assembly while commenting on the Court’s controversial hijab ban.

” The Supreme Court should deal with other important issues like the by-election in Wajir County,” Duale said.

In a widely circulated video online, the residents of Wajir appealed to Chief Justice David Maraga to end what they said was the suffering of the locals.

“This Supreme (Court) is taking the people of Wajir for a ride,” Siyat Abdi, a night watchman said. He added that further delay will cause civil action.

“This is a deliberate delay to have us (Wajir residents) suffer under the cloud of suspense,” Siyat stated.