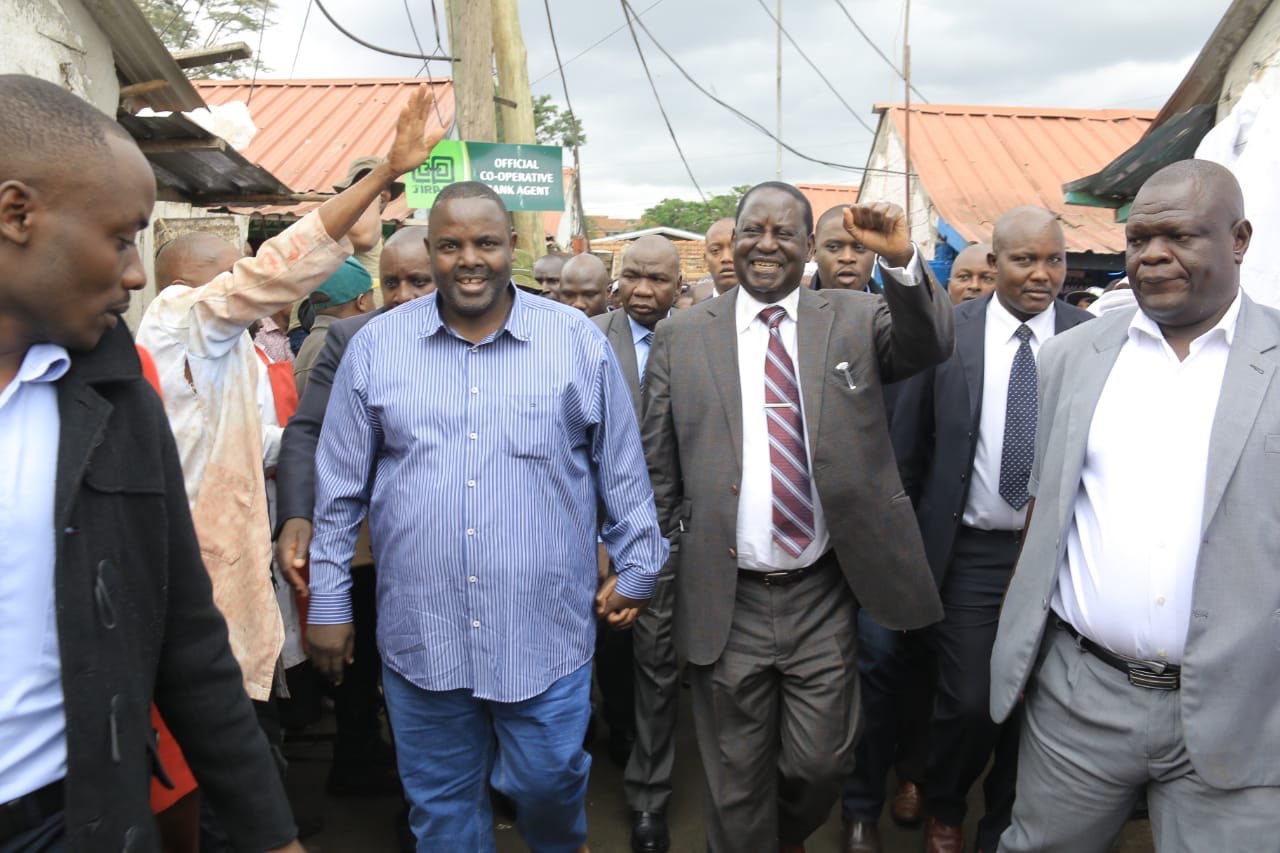 NAIROBI—-Former premier, Raila Odinga now want Kenyans to prepare for a major political battle pitting those who want “a united and prosperous nation that is devoid of corruption against those who believe in the status quo made of ethnic divisions, theft and plunder of public resources.”

Mr. Odinga said the latter group is currently found in the formation known as the “Tangatanga Movement.”

Mr. Odinga spoke at a brief address to supporters at the Burma Market in Nairobi.

He was on his way to the home of former Assistant Minister Oduya Oprong who passed on yesterday.

Mr. Odinga said coming days will be pivotal for the country that is struggling with unprecedented corruption and ethnic divisions saying the coming changes would provide a chance to restore some sanity to our politics and public affairs.

“Don’t be swayed or derailed by politics of 2022. There are things we must fix before 2022. If we don’t stand up now, things are going to get worse,” Mr. Odinga said at Burma Market.

Mr. Odinga hosted a section of Nairobi leaders for lunch at the Burma Market before addressing supporters and proceeding to Mr. Oprong’s house in Eastlands.

He asked Kenyans to be wary of those opposing his working relationship with President Uhuru Kenyatta and the war on corruption because such people do not mean well for the country.