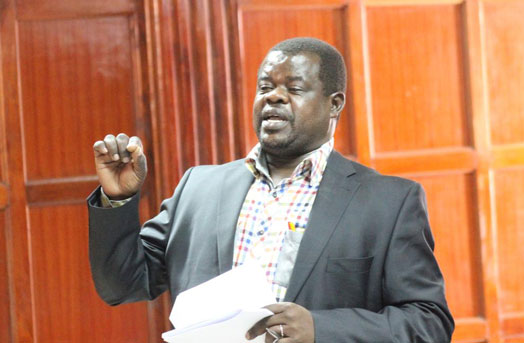 Activist Okiya Omtatah in an earlier event (Courtesy). Filed a suit for the release of all KCPE and KCSE 2017 marked answer sheets from KNEC.

NAIROBI—The national examiner has been compelled to release marked answer sheets to schools by a rights activist Mr. Okiya Omtatah who went to court.

Mr Omtatah in his suit against the Kenya National Examinations Council (Knec) argued that failure to release the scripts for primary and secondary school tests is a violation of fundamental right.

He added that all the candidates who have sat those tests have every right to access the marked papers.

“It’s in the best interest of the children that the examination results be versatile and reliable and that the process of collating as well as tallying be as credible and transparent as possible,” Mr Omtatah said.

Teachers, too, have a right to access the answer sheets in order to gauge their students’ performance and facilitate school-based audit of results with the aim of improving them, noted Mr Omtatah.

He further stated that the release of the papers would ensure validity, reliability and accuracy of marks allocated and eliminate anomalies such as the possibility of wrong results being awarded.

Mr Omtatah wants the High Court to urge Knec to release certified copies of all the marked answer sheets for this year’s KCPE and KCSE exams.

Justice John Mativo validated the case as urgent and directed that the matter be heard on a priority basis on January 24.

Related Topics:KCPEKCSEKNECMr Okiya Omtatah
Up Next

So, why did Kenya abstain from UN resolution on Jerusalem?