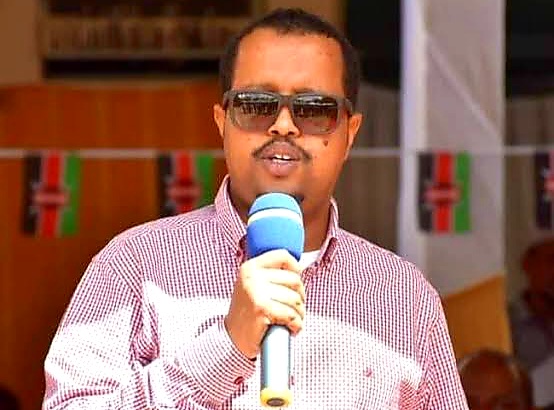 WAJIR—Sabuli sub-county is set to be launched soon, the area MP has said.

While making the announcement, the Member of Parliament for Wajir South, Prof Mohamud Oomar said the unveiling of the new administrative unit will help locals around Sabuli area access vital government services, a break from the past when it was necessary to travel to Habaswein for the same.

Oomar also added that the unveiling will create jobs for the locals.

“Alhamdullillah another major milestone achieved!!,….Ready to roll is the new Sabuli sub-county in Sabuli town,” Oomar stated in a Facebook post to his page.

He assured that: “The Southern Hope delivers more, and once more history is written.”

Last year, Oomar led leaders from across the region during the unveiling of Diif Sub-county in Diif town. Speaker of the National Assembly, Justin Muturi was the chief guest.

“It was a long journey but the result is worthwhile,” the MP said last year.

Earlier this week, residents of the border town of Diif have a reason to smile after the area Member of Parliament, Prof Mohamud Oomar facilitated a permanent solution to the perrenial water shortage in the area.

While announcing the news, Oomar said the problem of water will be a thing of the past.

“Alhamdullillah. Diif finally gets permanent water relief,” the MP said on a post to his Facebook page.

He continued: “Diif was established in 1952 as a colonial rural border settlement, thus about seventy years of suffering due to perenial water shortage. Alhamdullillah it is now over after we have completed the pipping of fresh water from Qarurah borehole 18 Kms away.”

Despite efforts by successive legislators, governmental and non-governmental orgernisations, Diif has remained water-starved. Oomar said the completion of successful project was a proud moment for him.

“By the help of Allah, this is another major and historical milestone achieved during my tenure. A legacy I am truly elated by!” He noted.

When drought hits, water pans and dams in most areas dry up, it results in over-concentration of livestock and humans on major water sources such as boreholes, leading to the frequent breakdowns.

Experts say climate change has amplified the existing stress on the availability of water. Wajir South is the largest subcounty with the highest number of boreholes and settlements.