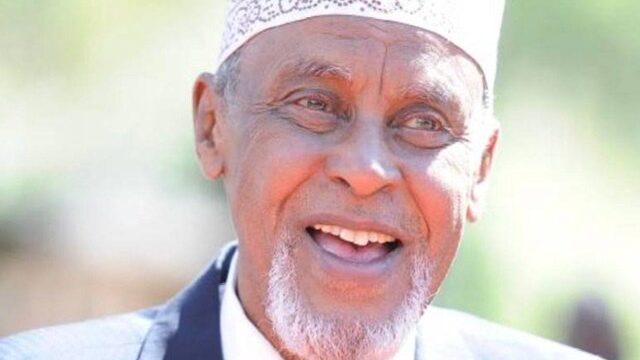 He had been flown in from Turkey on Saturday where he had been since December for treatment after he suffered hip injury at his house.

Haji was retired Provincial administrator in the vast Rift Valley between 1970’s to 1998 when he retired from service. There after, he was nominated to parliament in 2002. In the 2007 elections he won the Ijara Constituency unopposed.

Betwern 2008-2013 Grand Coalition government of retired President Mwai Kibaki and Raila Odinga, he served as Defense minister. He also briefly served as the minister of Interior and Provincial Affairs.

in 2013, he was elected as the senator of Garissa County and held the position until his death.

Yussuf Haji was the Chairman of the Building Bridges Initiative Taskforce.

His Janaza will be at South C later in the afternoon.

Related Topics:garissaGarissa senator
Up Next