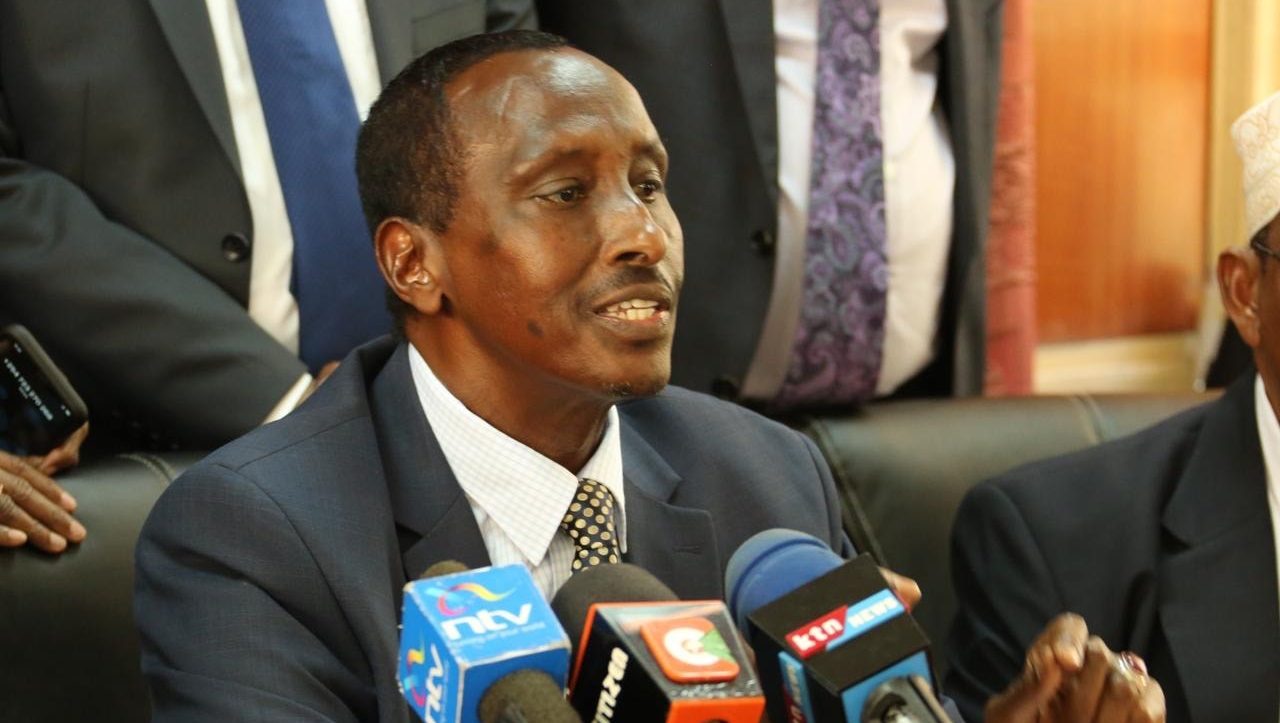 WAJIR—The governor of Wajir is under mounting criticism to explain discrepancy in the Wajir County financial books, particularly in early 2018 when the governor was on the corridors of justice defending his win and academic credentials.

According to the Auditor-General report seen by Kulan Post, the County government of Wajir, out of sh 2.6B pending bills as per Controller of Budget list,  the local finance department presented only sh 2.3B for the special audit, leaving out a whooping amount of sh 262M unaudited.

Similarly, 317M of the amount subjected to the audit turned out to be ineligible pending bill for lack of supporting documents such as LPOs/SLOs, invoices, delivery notes eat cetera.

“The County is just facing same challenges as other counties emanating from budget hitches at the National Treasury and disbursement of funds and the burden of huge pending bill that was left by previous administration,” a statement by the governor said in part.

“This shocking and sad for wajir county.Even the 317m might be those who duped with fake promises with no proper documentation.How many small businesses will run out business due to this unscrupulous contract,” Senator said.

He stated that he would engage the DCI, EACC and DPP in cases of fraud, adding leaders “cannot cover faces in the sand expecting miracles that are not forthcoming.”

He continued: “We have given the County Government enough time to change it’s way but a realize that will not happen and therefore the only alternative is to speak out for our electorate whom we have abandoned for along time.I ask for for your support and forgiveness.”

The governor similarly came under sharp criticism from nominated senator, Farhia Haji who challenged the governor to account for the missing cash.

During her speech at the Wajir Stadium to mark 56 years since Kenya gained independence, senator Farhia warned county accounting officers against approving contracts and payment resulting from questionable processes, adding that everyone would carry their own cross when anti-graft detectives come calling.

“Everyone will be responsible for their actions. Beware of what you append signatures on because when you release county funds through dubious means, it will starve the residents and harm their livelihoods,” Farhia warned, attracting angry response from Governor Mohamed Abdi who appeared disturbed by the remarks.

“We know that you’re not speaking for the public interest…you’re speaking on behalf of people we know of,” the governor said, without specifying their identities.

He continued: “Let us be careful. If you are saying that you’re not elected leader, be aware that you were nominated by the Jubilee party and the people of Wajir are watching you.”

The governor then warned her, saying: “Be careful. We don’t want people who criticize leaders.”

Senator Farhia took issue with the coded words used by the County Governor who threatened her for acting on behalf of unnamed agent.

Wajir County Women Representative, Fatuma Gedi took a swipe at the Governor while calling on other leaders from the county to join in the effort to “clean the county from the cartels.”

“We also invite like-minded leaders and citizens to join us in liberating Wajir from the claws of acute corruption. Wajir County must rise again!” She said.

A national report released by the Ethics and Anti-Corruption Commission (EACC) on November placed Wajir County at the top of the corruption index for the third year since 2017.

In the “NATIONAL ETHICS AND CORRUPTION SURVEY, 2018” report released on Tuesday, officials at Wajir County openly asked service seekers to pay up bribe without beating about the bush.

“Bribe demands were highest in Wajir County for the third year running where 71.7 percent of the service seekers reported to have been explicitly asked to pay followed by those in Kitui (43.4%), Kiambu (38%) and Kwale (36.6%),” the report said.

“This is a 2018 and the sample used is not good enough to represent the views of the entire county and based on services rendered by the national government,” Abdullahi told the Standard.

The damning report come. at the backdrop of renewed pressure then on Governor Abdi to explain how millions of aid money remains unaccounted for, or else provide financial records for audit.

The fund in question was provided by the Royal Danish Embassy as health aid by Royal Danish Embassy. The aid goes through the national government systems and the IFMIS to all gazzeted level 2 and 3 health facilities in selected counties for operations and maintenance activities. The fund was established in 2014.

Wajir County is among the few counties flagged for late and mostly incomplete information to auditors.

In a letter to the Council of Governors (CoG) dated October 23, the Danish International Development Agency (Danida) said an audit by Ernest &Young found the county provided insufficient information.

Danida has since transferred Sh468,750,000 to the National Treasury for the first half of 2019-20 allocation, which is awaiting transfer to counties.  However, Henrik Larsen, Deputy Head of Danish Mission stated that the  transfers to the counties are conditional upon adequate utilisation of funds from previous financial years.

“We count upon your support to urgently follow up so as to ensure these counties can continue to benefit from Danida funds for 2019-20 and beyond,” Larsen said in a letter to the CoG’s Chief Executive Jacqueline Mogeni.

Senator Abdullahi said the action by the Wajir county officials is  “unacceptable because the funds which was [meant for] helping the poor people seeking services from level 2 and 3 health facilities are at risk of being scrapped because of the inept and sheer incompetence of the county officials.”

He urge the County Assembly of Wajir to look into the mattter through its Public Accounts committee.

“We can’t tolerate misuse of public funds in this era of economic difficulties and budgetary cuts,” the senator added.

Abdullahi called on people of Wajir County to join him in his quest to demand for accountability.

“Kindly join me in my quest for accountability and good governance. You deserve nothing less,” he urged.