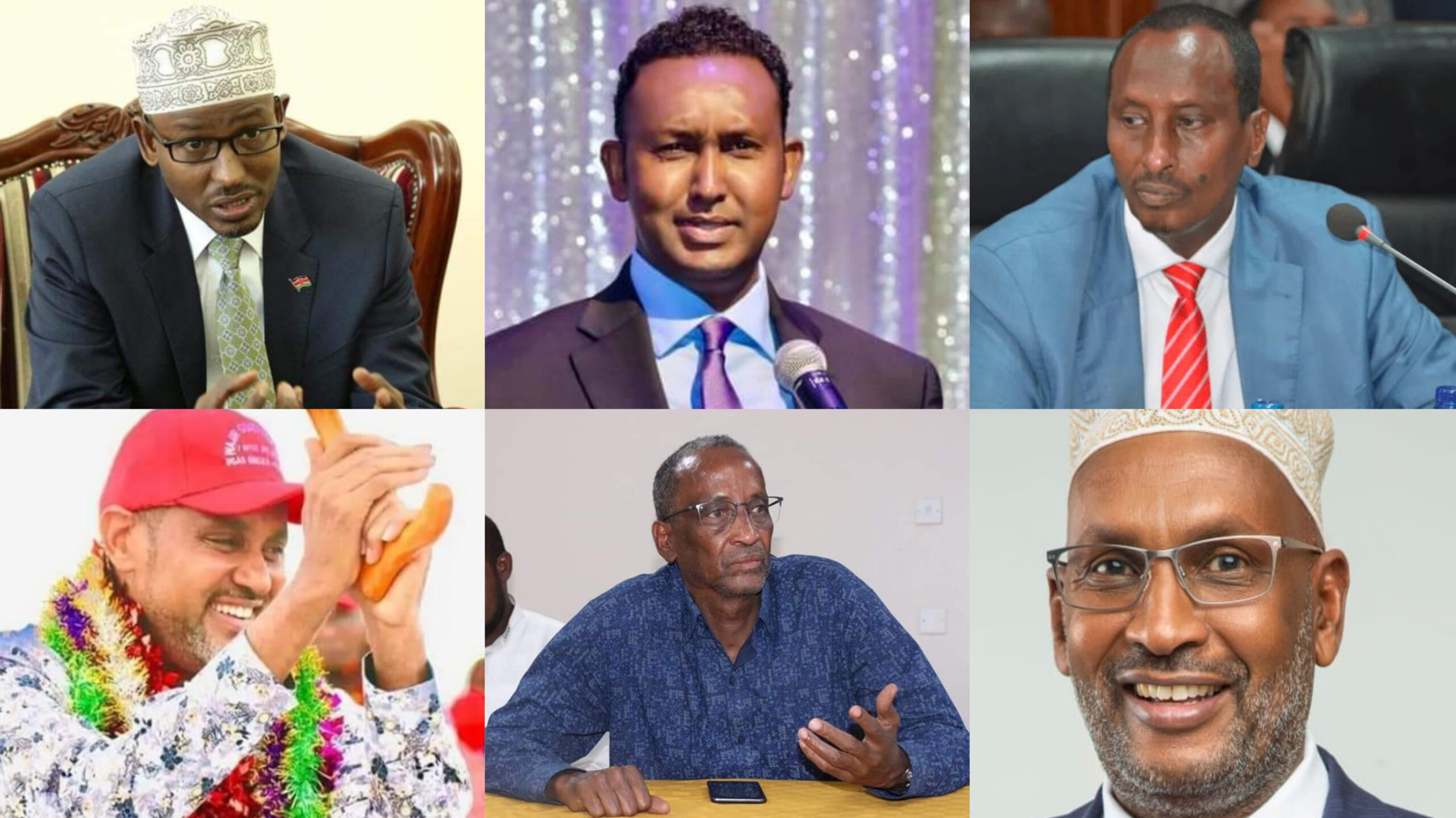 NAIROBI—A high level bid to endorse one Degodia candidate for Wajir governor is proving to be an elusive affair after some of the hopefuls, albeit through proxies, questioned the mandate of the group pushing for that agenda.

In a regret message sent to the six candidates, Ali Daud the chairman of the group said the matter is shelved and can only be revived after three weeks.

“Brothers, the valuable suggestions and concerns you shared are well received. No doubt you are each driven by the desire to make a difference in the county.

“Nonetheless, it is only one person who will eventually take the seat. The committee had expected to finalize the matter at the meeting of Thursday,” the message seen by Kulan Post read in part.

Ali Daud further regretted that the growing suspicion amongst the candidates and their supporters against the committee was “heightening the existing suspicions with the possibility of further widening divisions. That certainly goes against the aspirations and efforts of the committee. In light of this, and given the very high stakes in the issue at hand, it is necessary for the committee to keep harnessing goodwill.”

The process to find sole candidate for the Degodia community was borne through a WhatsApp forum discussion. It was initially made up of 45 members, but half the committee have not been actively involved in the process. The self-appointed committee is comprised of professionals, and majorly retired civil servants drawn from Wajir and Mandera counties.

From the onset, some candidates were openly against the process, saying they had no “trust in it.”

Three weeks ago, the committee invited all the gubernatorial candidates from the clan for an open discussion—a forum where the members of the clan living in Nairobi were allowed to attend—on how to approach the process. The former county chief, Ahmed Abdullahi snubbed the Panafric hotel meeting, stating that the process took off late.

A week later, another meeting was held at Hilton Hotel in Nairobi to further deliberate the proposed roadmap to have a single person fronted as preferred candidate. In the meeting, Ugaas Sheikh and Siyad Abdullahi joined Ahmed Abdullahi in boycotting the get-together. The three other candidates attended.

“The people who attended the second meeting (at Hilton Hotel) challenged the committee to elaborate their mandate, composition and intent. It ended without result,” a person who attended both meetings told Kulan Post.

Immediately, a resolution was reached: since the Fai sub-clan had the most candidates for the county top post, Wajir East MP, Rashid Kassim was tasked to form and spearhead a team to have the sub-clan agree and front a candidate who will then be considered by the Degodia committee alongside the three other candidates. Rashid Kassim-led team was given until the 22nd of May to complete the task.

On the following weekend after the Hilton meeting, the Fai professionals and political interest groups met at Razana Hotel in South C to solve the impasse. Dr Hassan Fuje and governor Mohamed Abdi attended. Mohamed Elmi was in Wajir. In the meeting, Mohamed Abdi requested that since Elmi was away, the deliberation meeting be moved to Wajir for a detailed feedback. Dr Hassan Fuje and his team rejected the offer, saying he had a rally ready on it’s way to Wajir and by then, Elmi would have left for Nairobi.

On the 22nd of May, Rashid-led team made-up of the Fai sub-clan, apologised to the committee and reported that their bid for consensus had failed.

Days later, the Degodia committee called for a meeting that was attended by, apart from Ahmed Abdullahi, the five other candidates.

“The committee proposed to the candidates to allow them make a decision on who’s suitable amongst themselves. They wanted commitment that the others who won’t be lucky will respect the decision,” another individual privy to the process intimated to Kulan Post.

The source continued that: “The candidates rejected the offer, saying the composition and intention (of the committee) is not clear since it was just an idea initiated through a whatsapp group. Additionally, legitimacy questions was also raised and some members were identified as partisan or seen openly leaning towards a candidate.”

The chairman of the Committee, Ali Daud said he would travel out of the country, challenging the candidates and their supporters to build unity and train their attention towards finding a consensus.

“I will also be traveling out of the country during the week till mid June. Hence in order to give ourselves time to continue building unity and consensus, we will reconvene inshaa Allah on 20th June upon my return.

“The three week period should afford us good time towards the final goal. With your support and trust, i believe, we will all succeed together,” he said in the text message he sent to the six candidates.