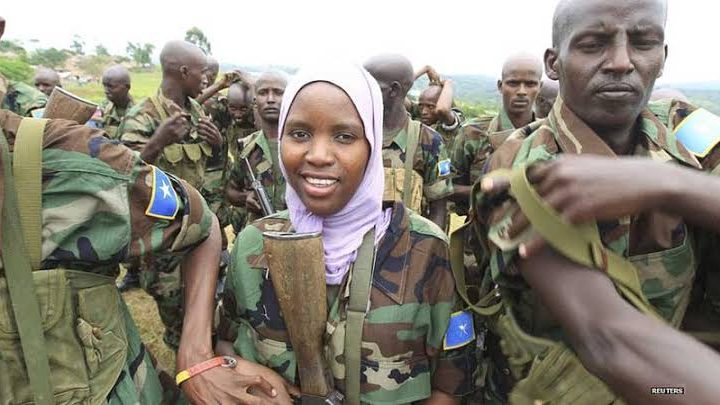 MANDERA—A Kenyan top administrator is now warning Somali army against engaging in what he termed as “aggression” after a Rocket-Propelled Grenade (RPG) landed at a government installation in Mandera town.

The alleged aggression came from Bula Hawa, according to the Northeastern Regional Commissioner, Nicodemus Ndalana, who said further actions across the border “will no be tolerated.”

The RC was referring to an attack late last week that involved RPG suspected to have been carried out by Somali National Army soldiers against the KDF personnel on a routine border patrol.

“The (RPG) grenade from Bula Hawa, hit the county’s finance offices in Mandera town. No one was injured during the Wednesday evening attack,” Ndalana told the media.

“Such an action is unacceptable,” he added.

He continued that: “We will not accept [to have] our people to be targeted while they are taking part in their duty of protecting our country.”

He warned Somalia against repeating such an “act of aggression” warning that similar attacks will be met with “disproportionate response.”

“If they (SNA) are provoked again even KDF will be forced to fight back since we also have the same rockets that they (Somali army) have,” the RC noted.

He directed Mandera County Commissioner, Mr Kyatha to reach out to his Beled Hawo counterpart for a meeting to discuss the “regrettable” conduct of the Somali army.

Kenya and Somalia have lately been engaged in diplomat brawl over Nairobi’s decision to host Abdirashid Janaan, a minister in Junbland administration considered fugitive by the federal government of Somalia.

Janan arrived in Mandera town on January 30 and was booked in a local hotel after he escaped from a Mogadishu prison, where he had been held since August 31, 2019.

He later rented a house at Border Point 1 on the Kenyan side of the border, further stoking tension.