Somalia, the most corrupt country in the world for the third consecutive year 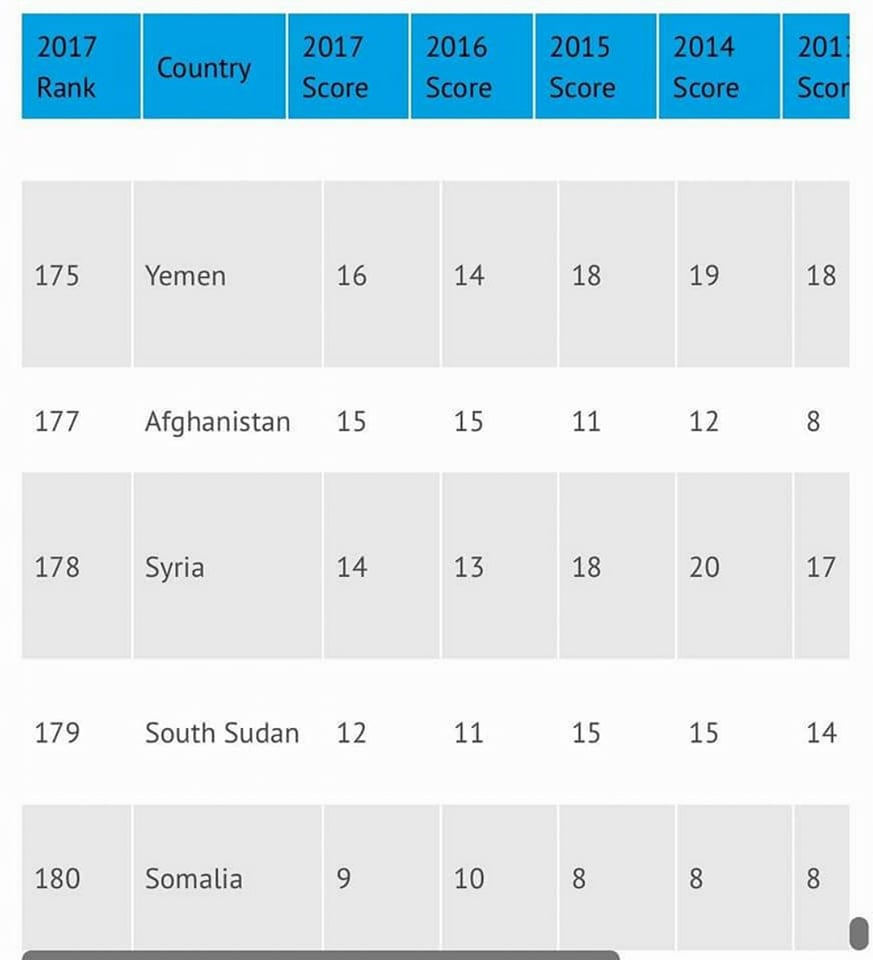 Somalia was closely followed by South Sudan and Yemen as the world most corrupt country. (Courtesy)

NAIROBI—Transparency international has released the 2017 corruption perception index in different countries in the world.

Somalia was named as the most corrupt country in the world for the third consecutive year.

Kenya was ranked 28th most corrupt country in Africa. Botswana came top in Africa as the least corrupted country.

“Key ingredient that at the top performing African countries have in common is political leadership that is consistently committed to anti corruption,” Transparency International said.

South sudan was the second most corrupt country in the world.

This is how African countries ranked in the corruption index (courtesy)

Somalia has lacked a stable government since the civil war that broke the regime of dictator Siyad Bare in 1991. since then, Somalia has suffered from inter clan clashes, terrorism, hunger and mass exodus of citizens from the country.

However, many Somali citizens hope for change and development from President Farmajo’s one year old  administration.