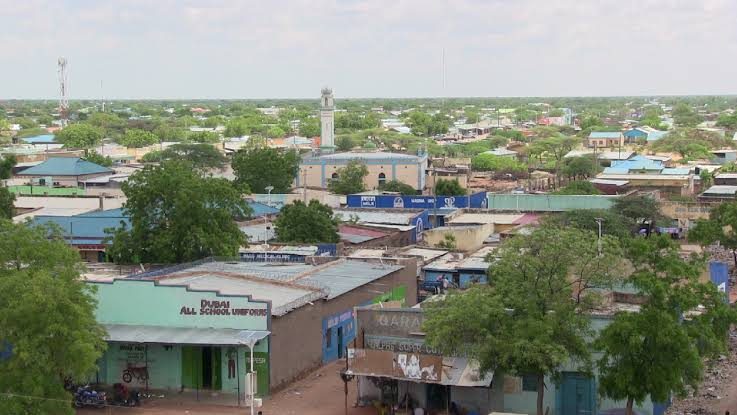 While announcing the latest national Covid-19 figures at the Afya House, the Health Chief Administrative Secretary Rashid Aman said 11 of the new cases were reported in Nairobi, five in Mombasa, three in Kajiado while Wajir and Kiambu recorded two each.

Most of the confirmed cases in Wajir were transported from Somalia when a group of livestock traders crossed the border and engaged in trade in Mogadishu, a hotspot city. They were later intercepted at Diif while coming into Kenya where they were tested and section of them turned positive.

Most counties bordering the county such as Garissa and Marsabit have closed their borders to Wajir as part of containment effort to curb the spread of the Coronavirus.

Just like the neighboring Mandera, the State could impose cessation of movement in and out of the county, making it the sixth county to suffer the stringent measure.

Sources close to the State House meeting on Friday afternoon intimated to Kulan Post that the National Security Council “was seriously considering imposing the cessation of movement into and out of Wajir County to arrest the spread of the (corona)virus.”

Most of the victims currently at isolation at Wajir Referral Hospital are pastoralists.

On Saturday, President Uhuru is set to address the nation to steer the future of an anxious nation as stringent measures imposed to break the spread of the Coronavirus enters its sixth week.

When asked, Rashid Aman, the Chief Administrative Secretary at the Ministry of Health, remained mum on the issue, feeble pointing to the anticipated presidential address.

“As you all anticipate some of the measures that were put in place their timelines are approaching and this is now a matter of discussion,” said Aman. He added that: “there will be a substantive statement tomorrow about those measures.”

The statement in an address to the nation will be issued by President Uhuru Kenyatta who made the declaration last month.

On Friday, the Ministry of Health said the tally for positive cases for COVID-19 had shot up to 781 after 23 new confirmations were registered in Nairobi, Wajir, Mombasa, Kajiado and Namanga.

Three patients also succumbed to the virus raising the death toll so far to 45.

On Friday, it’s reported that the National Security Council (NSC) met to discuss the possible extension of the nightly curfew.

“Some of the lockdown measures could be eased with updated measures,” a source told this writer.

In his Saturday address, President Kenyatta is also expected to pronounce himself on the status of the lockdown imposed in Nairobi, Mombasa, Kilifi, Kwale and Mandera.

Earlier this week, Tourism CS Najib Balala said the government is keen to re-open the sector but under strict measures.

Eastleigh residents have asked the President to lift the cessation of movement imposed last week, saying measures further frustrated their freedom of movement.

“I consider this as trampling on our basic right of movement within the estate,” said Nasra Abdiaziz Raabi, 18, a resident of Section-Three.

The area was last week imposed under partial two weeks lockdown following suspected hike in coronavirus cases. A day later, Cabinet Secretary for Interior went to meet the business community, who believe the measure was discriminatory.

“It’s a cessation of movement and not total lockdown… people within are free to conduct their daily business as long as they adhere to the Ministry of Health guidelines on association of people,” Matiang’i said, flanked by the area MP, Yussuf Hasaan.

At the beginning of the curfew, police, without apparent justification, was accused of shooting and beating people at markets or returning home from work, even before the daily start of the curfew.

Human Rights Watch said the officers have also broken into homes and shops, extorted money from residents or looted food in locations across the country.

On March 30, following criticism from various groups over abuses in Mombasa, including by Human Rights Watch, President Uhuru Kenyatta apologized generally about police use of force, but did not instruct the police to end the abuses.

“It is shocking that people are losing their lives and livelihoods while supposedly being protected from infection,” said Otsieno Namwaya, senior Africa researcher at Human Rights Watch.

“Police brutality isn’t just unlawful; it is also counterproductive in fighting the spread of the virus.”