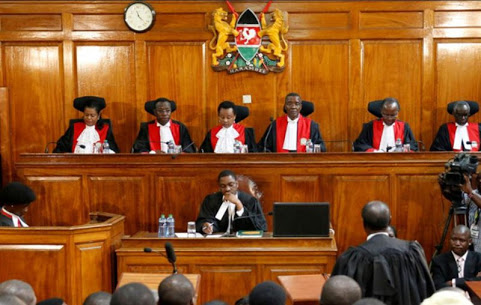 WAJIR—The Supreme Court has given Wajir petitioners three days  to file their submissions.

Delivering the direction on Friday, the court registrar said move was aimed at speeding the court process.

“We understand that we don’t have the luxury of time, but we pray for more days to submit the evidence we have,” Counsel Fred Ngatia for the petitioner, Wajir governor, said.

He was challenged by Omwanza, saying the petitioner had a week to prepare and file his submission.

“They had seven days to do that and we expect them to have their submissions ready by now so that we can move ahead, ” he said.

Nelson Havi while appearing as an interested party agreed with Omwanza.

On Friday, Supreme Court justices Ojwang and Njoki Ndung’u allowed the governor of Wajir County Mohamed Abdi to adduce new evidence he has.

The decison was critised by the respondents who faulted the ruling.

Related Topics:latestWajir case
Up Next