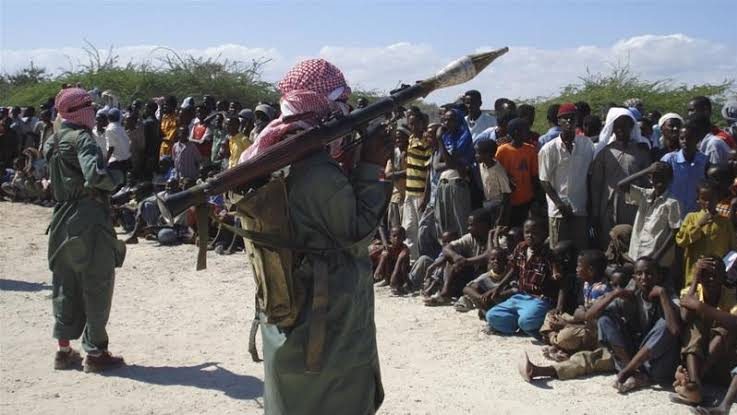 NAIROBI—On November 5, 2019, an audio clip by Al Shabaab leader Abu Ubeydah Ahmed was released by Al-Qaeda affiliated Global Islamic Media Front (GIMF) and in his 52-minute-long message, he clearly declared war on the US saying that attacks by the Al Mujahideen Martyrdom Brigade would increase.

In his call in the audio titled “We bore to none other than Allah”, the militia group leader called upon civilians to join the brigade as he maintained that it had in the past carried out successful attacks both inside and outside Somali borders and will go on doing so if the US supported the war against jihadists in Somalia, Palestine, Afghanistan, Iraq, Yemen and Guantamo.

The audio was accompanied by featured images of the brigade’s fighters who on September 2019 carried a suicide attack on the US training base at Baledogle, West of Mogadishu in Somalia.

“The fighters are constantly prepared to sacrifice their soul whenever they are called upon,” is how Ahmed described fighters in the group.

It is through the same audio that the Al-Shabaab leader declared war with the US saying that the militia group will target US in a series of attacks within East Africa.

According to MEMRI’s Jihad and Terrorism Threat Monitor (JTTM), the audio sent a different message of renewed war between the militia group and the US.
JTTM stated that the leader claimed that there was an increase in the level of oppression by US in Somalia.

“The American invasion in Somalia has indeed intensified, especially in the lands of East Africa. Consequently, the level of oppression, brazen occupation and humiliation perpetrated by America against people in Somalia has increased,” JTTM quoted Mr Ahmed as saying in the audio.

In the audio, Mohammed then issued a number of demands to the US which include; that the US should withdraw its troops from Somalia, cease all forms of training and support US provides to apostate Somali regime, called for the closure of US military bases in Somalia and lastly that the US should withdraw the support it has been issuing to East African countries that are opposed to its activities.

The same brigade was this week linked to an attack on a US camp in Lamu known as Simba camp which is home to US and Kenyan soldiers. The attack left three American soldiers dead with two others seriously wounded.

The Martyrdom brigade, according to the militia group is made up of fighters who have volunteered to storm into territories and cause havoc before being killed and that the fighters cannot flee an area once they start an attack.

Operation of the Martyrdom brigade can be dated back to when Ahmed Abdi Godane was at the helm of the militia group.

The Centre for Strategic and International Studies (CSIS) states that Mr Godane is responsible for the formation of the brigade and that of Amniyaad which is the militia group intelligence wing.

The two groups according to CSIS work together in order to carry out successful attacks.

“The Amniyaad is also responsible for the planning and conduct of Martyrdom operations- a key feature in Al-Shabaab’s strategy to wage asymmetrical warfare,” CSIS in a report on Terrorism published in February 2014 states.

It further claims that the Martyrdom operations was a long process that was marred by massive trial and errors.

One of the brigade’s most used tactic is the use of complex or hybrid attacks, that involve both suicide bombers and suicide infantry.

The group was in November 2013 linked to the deadly West Gate attack in Nairobi, Kenya where more than 70 people lost their lives.

At the time, as the Kenyan Government through the retired Kenya Defence Forces General Julius Karangi held press briefings on the attack- Al Shabaab media wing known as Al Kataib which released a magazine on the attack countered his sentiments.

For instance, Rtd General Karangi at some point told journalists that the militants were overpowered by officers and that they had started fleeing from the scene.

However, in its response, Al Shabaab described the fighters as suicide commandos saying that the fighters in the Martyrdom group do not flee an area they are attacking and that they are always ready to die.

“Karangi even had the audacity to claim that the martyrdom- seeking Mujahideen were seeking to abscond and escape from the mall,” part of the magazine on the attack that lasted four days read.

Another attack that the group was linked to is the July 2010 Kampala bombings in Uganda.

Other attacks that have been linked to the group include; The April 14, 2013 in Somali’s Supreme Court where over 35 people lost their lives and the June 19, 2013 attack on the United Nation offices in Somalia.

In all the attacks linked to the group, a suicide bomber is “always at the centrepiece of the attack; infantry when employed generally plays a supporting role breaching the security perimeter and ensuring that the bombers reach their objectives.”

The Martyrdom brigade is named after Palestine based al- Aqsa Martyr’s Brigades which is designated as a terrorist organisation by Israel, the European Union, Canada, Japan, New Zealand and the US.

The Palestine based al-Aqsa Martyr’s Brigade was formed in 2000.

Nyaboga Kiage is a Kenyan based journalist with passion in human rights, crime and investigative journalism