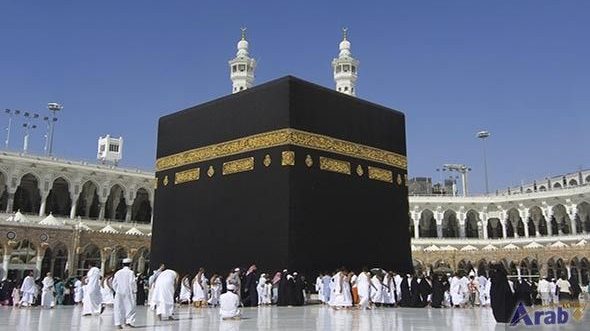 NAIROBI—As part of measures to ensure the success of the 2020 Hajj operations, Supreme Council of Kenya Muslims (SUPKEM) has said there will be strict vetting process to get rid of incompetent and dishonesty Hajj agencies.

The assurance from the National coordinating body comes in the wake of an incident witnessed last year where pilgrims were duped and conned by fraudulent agent.

The about 30 pilgrims were excited at the prospect of travelling to Makkah to perform Hajj but, to their dismay, they were left stranded in Eastleigh, Nairobi after the agency and person responsible for their travel arrangements received the money and then disappeared.

The SUPKEM Acting national chairman Hassan Ole Naado said the exercise was part of SUPKEM’s efforts to strengthen its systems and to ensure that nobody suffers from dishonesty Hajj agencies and added that the council will work with other relevant authorities.

Ole Naado who is also the chair of Hajj Committeesaid Kenya Hajj Mission will be very strict and it will carry out vetting process to ensure only credible Hajj agencies are registered and allowed to participate in Hajj programme and disclosed that recently signed agreement with the Saudi Arabia ministry of Hajj and Umrah on the 2020 Hajj process to ensure timely preparations for this year’s Hajj in line with the Saudi Arabian calendar.

The Memorandum of Understanding (MoU) signed by Saudi Arabia, Vice   Minister of Hajj and Umrah Affairs, Dr. Abdul Fatah   Suleiman Mashat who signed on behalf of the Kingdom and the SUPKEM Acting national chairman Hassan Ole Naado on behalf of Kenya Hajj Mission.

During the meeting, issues connected to pilgrim affairs and services were discussed, as well as how to help people perform their rituals in a comfortable and safe atmosphere.

Dr Abdul Fatah Mashat expressed his thanks and appreciation to the Kenyan pilgrims for their cooperation during last year’s Hajj season and their commitment to devoting themselves to worship serenity and peaceful.

Ole Naado called on those intending to travel for Hajj this year to start early preparations and ensure they have all the required documents so as to be able to perform their religious obligation and rites with ease lamenting that in the past years, preparations and payment for the required expenses have been compromised by last minute rushes.

Ole Naado noted that the Immigration Department has pledged and assured to hasten the issuance of passports to Muslims who are intending to travel to Saudi Arabia for the Hajj pilgrimage and asked those intending pilgrims to process their traveling documents early enough to avoid last minute rush.

Kenya Quota stands at 6,000 and those travelling this year for 2020 Hajj have been urged by the National coordinating body, Supreme councils of Kenyan Muslim (SUPKEM) to finalise their preparations and finish paying for all the required expenses by May 24 to meet the deadline for closure of registration by the Saudi authority.  “I would like to inform all Hajj agents facilitating our faithful brothers and sisters who will be going to fulfil the fifth pillar of our religion to ensure that all payments are made in advance as this is a major requirement of the host government,” said Ole Naado.