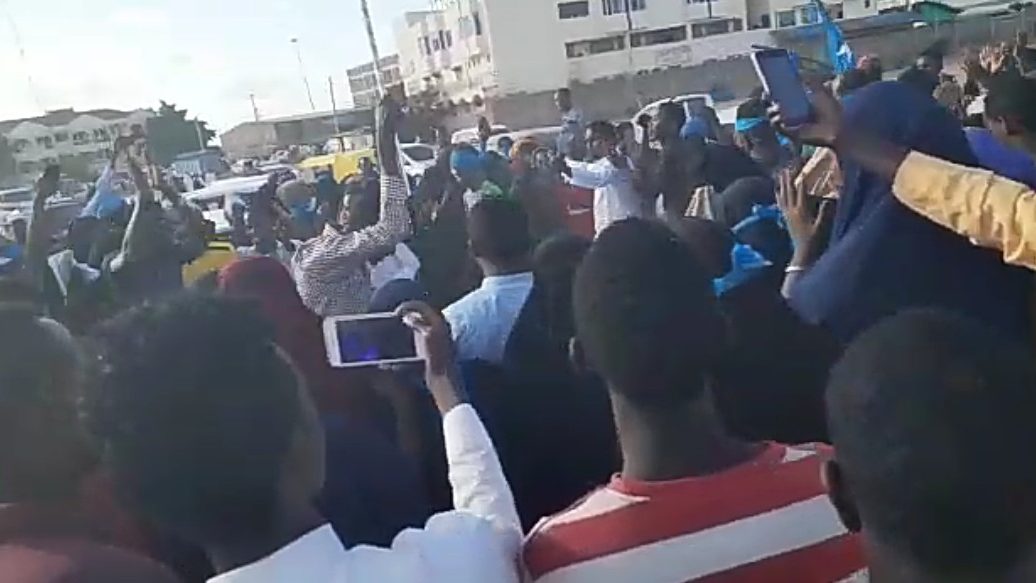 GARISSA– Thousands of locals in Garissa thronged to the streets today welcoming the election of Ex-Raskamboni leader and former Jubaland spokesperson Abdinasir Serar.

In a parallel voting process, Serar was elected by the regional MPs in Kismayo. He garnered 58 votes out of the 74.

Following his swearing in, locals from Kismayo, Garissa and different parts of the planet thronged to the streets welcoming his victory.

The locals asked the Federal Government of Somalia and international community to recognise Mr Serar as the legitimate President, saying he is the voice of the locals.

The Federal Government rejected the elections of Jubaland, saying it was not conducted as per the constitution.

” We don’t recognise Jubaland Presidential election as it was not held in accordance with the constitution and was not observed by the central government and the international community.” Somali government said in a statement seen by Kulan Post.

Duale congratulates Madobe for re-election victory, calls on him to extend olive branch to Farmaajo