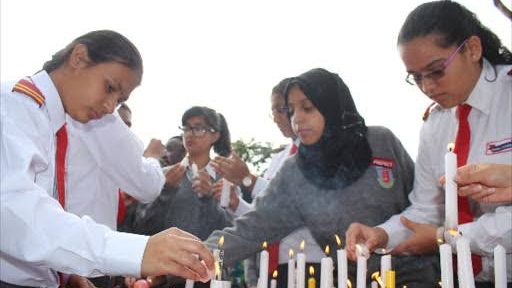 NAIROBI—A petition filed by Supreme Council of Kenya Muslims (SUPKEM) and a parent protesting against policies restricting Muslim students from conducting Islamic prayers at Visa Oshwal Academy will now be heard by a three-judge bench of the constitutional court.

High Court Judge Weldon Korir ruled that the petition was a matter of great public interest and raises an important question of law that will require interpretation of various constitutional provisions.

“This petition does indeed raise a substantial question of law that will require interpretation of various constitutional provisions.  It is also noted that the outcome of this petition will affect the entire education sector and is therefore, a matter of great public interest,” he ruled.

High Court Justice James Makau had earlier issued conservatory orders allowing the students to carry on with their prayers pending, hearing of the case.

“This is a primary win as we continue to champion the rights of Muslims students in Kenyan schools both public and private. These rights include wearing the hijab, fasting during the month of Ramadhan and observing permissible diet,” said Abdallah Ahmed Mazrui who is among a team of Muslim lawyers fighting for justice for Muslim students.

Visa Oshwal Academy has been being accused of abetting a policy of forbidding Muslim students to perform their prayers.

In the application, parents of the students argued that in May 2018, the school stopped Muslim pupils from praying within the school compound and even stationed some teachers in classrooms to ensure compliance with the directive.

According to the parents, they tried to engage the school on the matter but no agreement was reached.

The parents assert that previously, the school allowed pupils to be picked by their parents for lunch and they were in a position to perform their prayers either at home or at the mosque.

Moreover, the parents stated that the school had also allowed the Muslim pupils to walk over and attend Friday congregational prayers at the nearby Parklands Mosque until the September 2013 Westgate terrorist attack, where the practice was stopped and Muslim students resorted to praying within the school compound during the lunch breaks.