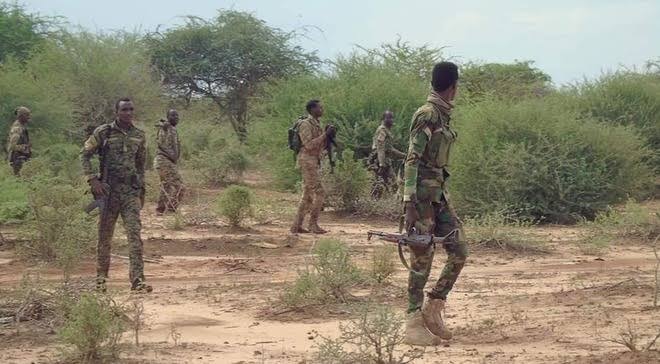 MANDERA—Three people who were held hostage by suspected Alshabab militants have been rescued and returned to their homes safely.

According to Mandera County Commissioner Onesmus Kyatha who confirmed the report, the three were among four victims who were kidnapped and the ambulance they were aboard hijacked while traveling along Lafey- Elwak road on Tuesday evening.

While praying for the safe return of the fourth person—the ambulance driver—Mr Kyatha said he’s happy his counterparts across the border rescued the abductees and returned them home safely.

Member of Parliament for Lafey Constituency Mohamed Abdiker, who informed Kulan Post about the safe return of the three personnel, applauded the cross-border security team who worked tirelessly to returned the kidnapped to their homes safely.

He said Mandera administration, who share a “good working” relationship with their counterparts across the border, made sure the safe return of the three men possible.

“I would like to thank our gallant officers who have worked with their counterparts in Somalia to return [the] three of the abducted persons to their homes safely,” the MP noted.

The fate of the driver of the ill-fated ambulance remains unknown. Abdiker said he would continue with the effort to bring back the driver unharmed.

According to local leaders across the border, the three were released at El-Adde in Somalia before they being escorted to the borderline by Somalia’s security officers.

Mandera County Commissioner said he would work with his counterpart in Somalia’s Gedo region for the safe return of the missing driver and the ambulance.

The driver, a staff at the Mandera County government was reportedly forced  to drive the militants to their preferred destination.