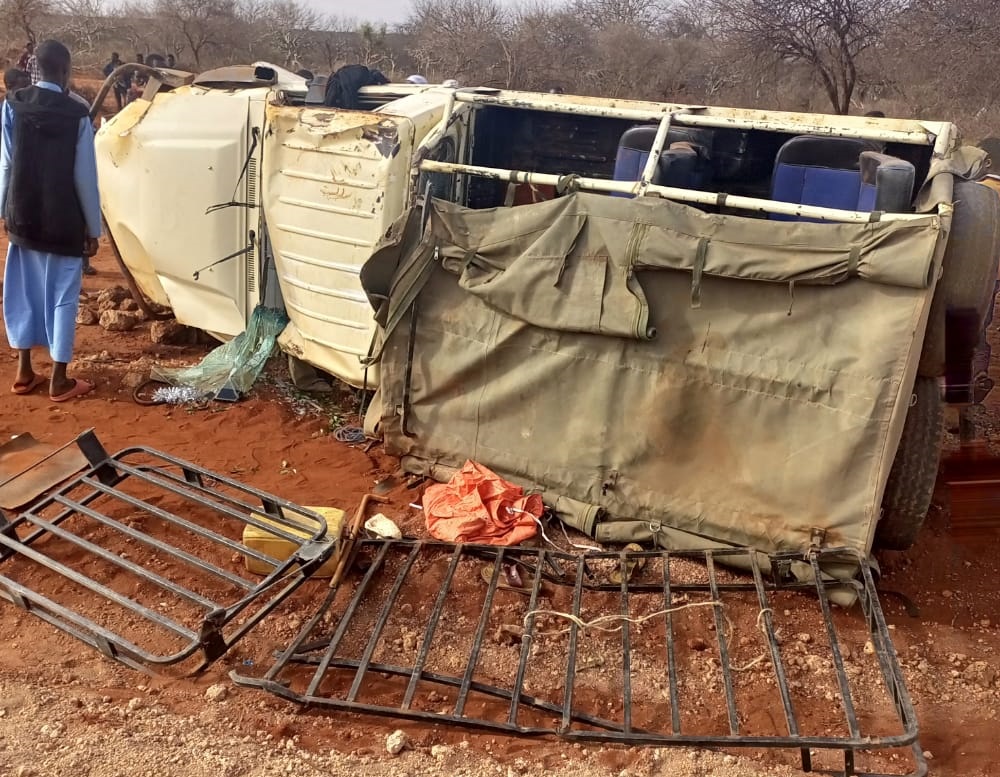 MANDERA—At least three people lost their lives on Sunday in Mandera Country when the car they were traveling in was involved in an accident.

It is still unclear what the cause of the accident is, but police reports indicate the driver of the vehicle, a land cruiser, lost control of the vehicle before it overturned in the Rhamu Teso area which is along Rhamu-Banissa Highway.

Seven other occupants sustained serious injuries and were immediately rushed to nearby health facilities for treatment.

Police and ambulance responders confirmed that those in the hospital are in stable condition.

The occupants are believed to have been traveling to Takaba Town to take part in Tuesday’s general election.