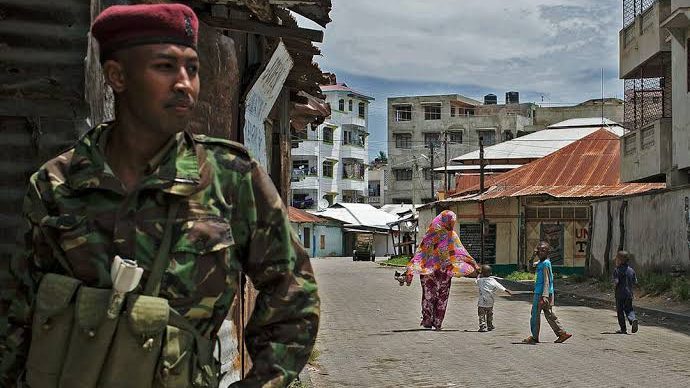 “I resisted and refused to be taken away if they did not identify themselves.

They, however, overpowered me and after some struggle, they managed to force me into a waiting car. While inside the vehicle, they told me I will face the music for being difficult and for making them struggle.

Having been blindfolded, I couldn’t tell where they were taking me but when we arrived, they threw me in a dark room and I could hear them calling each other for reinforcement. I was severely beaten and after that, I was taken a small distance away. There I was thrown into a pit full of army ants. The pain I experienced is one I will never forget.

“After a few days, when they realised I was not relenting in my pursuit to know why they were torturing me yet I had done nothing wrong, they took me to a place where I was standing on a plank of wood.

Under me, I could see crocodiles waiting anxiously as if they were used to the same treatment of persons falling into their pit. At that point, my tormentors began questioning me and threatening to push me down to the crocodiles.

I again pleaded my innocence and told them I had done nothing wrong. After some minutes, they pulled me back and told me I was lucky. A few days later, I was released together with my brother, whom I had been arrested with.”

This week, HAKI Africa received three per- sons who had just been released from atorture cell. They were earlier arrested by police officers from their homes in Miyabogi, Lamu county, on January 14.

On that day, officers, some in police uni- form, went to the homes of Sombwana Ath- man, Aisha Omr and Khalid Hashim and arrested them. Since a number of them were in uniform, the three and their families did not resist or suspect anything improper. However, from the day of their arrest, no one saw or heard from them for weeks.

Efforts by family members to track them from police stations, prisons, hospitals to morgues were unfruitful. Local police denied holding the three.

After weeks of follow-ups by HAKI Africa and the family, Sombwana, Aisha and Khalid were finally released last weekend. In the dead of the night, they were driven for hours while blindfolded and left within the general Mtwapa area.

The testimonies they gave were chilling and baffling. According to their stories of captivity, they were blindfolded throughout and handcuffed. Aisha has marks on her wrists, clearly showing how tight she was handcuffed.

She recalls how her hands became numb at one point that she couldn’t feel them anymore. Khalid, on the other hand, was at one point squeezed in the neck until he coughed blood.

Although the three also spoke of being fed and allowed to shower and worship as theypleased, the fact remains that they were held incommunicado and had their basic rights, including the rights of an arrested person and right to a fair trial, flagrantly violated.

It is, therefore, evident and a clear fact that Kenya has real torture cells operating. In tracing the movement of Sombwana, Aisha and Khalid, we estimate this camp to be in Malindi. As Kenyans, we must demand answers from the government, particularly Interior Cabinet Secretary Fred Matiang’i.

We must be told why Kenyans are being held against the law and tortured by security forces using taxpayers’ money.

We have laws that require an arrested suspect be presented before a court of law within 24 hours. Any other treatment is illegal, intolerable and must be publicly acknowledged and punished.

~The author is the executive director of Haki Africa

Related Topics:Haki africa
Up Next