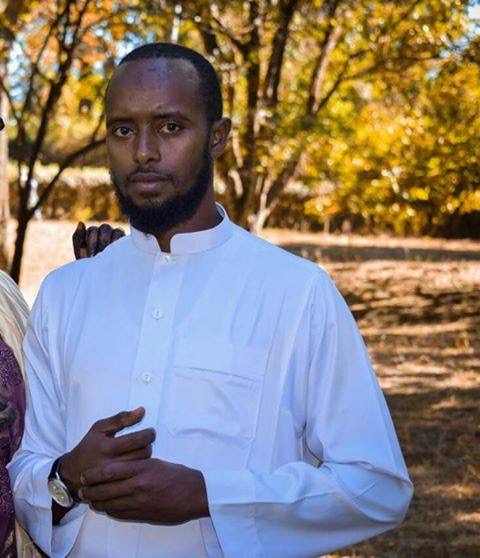 The late Abdihakim Malfadho was in past photo. (Facebook)

The clashes erupted when a group of Christians allegedly disrupted an ongoing Muslim open gathering.

Kiamaiko is mainly inhabited by communities from Moyale and Isiolo.

Abdihakim Malfadho, father of two, was killed by a police bullet.

“He was leaving the mosque at 2pm today at Kiamaiko in Huruma Estate in Nairobi when he was shot dead by a police officer in cold-blood,” a local who sought anonymity told Kulan Post.

“Abdihakim is a victim of trigger-happy cop who took the law into his own hands. The officer must be held accountable,” Hashim, an activist added.

“He said extrajudicial killings of innocent Kenyans go against every grain of our Constitution,” he added.

Attempt to get comment from the local police boss bore no fruit.