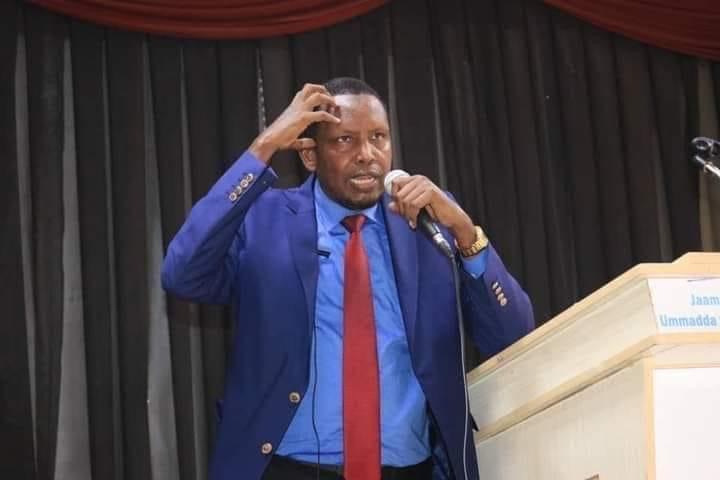 MOMBASA—Two legislators from Mombasa have threatened to move a censure motion against Interior Cabinet Secretary Fred Matiang’i and Inspector General of Police Hilary Mutyambai if they don’t explain the disappearance and killing of persons across the country.

The MPs also want the Directorate of Criminal Investigations boss George Kinoti tasked to shed more light on the matter.

“We are saddened by these actions and we will present a joint motion this week to summon Interior Cabinet Secretary Fred Matiang’i, DCI boss George Kinoti and Inspector General of Police Hilary Mutyambai to explain why these ills are happening to Kenyans,” said Nassir.

Prof Abdisamad was the executive director of the Institute for Horn of Africa Strategic Studies.

The legislators spoke in Mombasa yesterday during a joint press briefing convened by the Mombasa Somali community, where they aired their disappointment over increased cases of disappearance of persons without trace.

“If this kind of abduction continues and nobody explains why they are happening, then as leaders we feel something is not right, this country is governed by rule of law, and someone must be held accountable for their actions, they must come before the House and explain to us,”said Faki.

Abdisamad, who describes himself as a Pan-Africanist and commentator on African Affairs, was an analyst on Horn of Africa matters.

He went missing on Wednesday last week after he was reportedly abducted in Nairobi’s Central Business District.

Abdisamad, 55,  is reported to have been accosted by four unknown people on Tubman Road next to City Market at 10am  and bundled into a vehicle before it sped off.

Mohamed Huri Ibrahim, Mombasa County Somali community chairman said the manner of disappearances  raises a lot of questions and should not be encouraged.

He wants President Uhuru Kenyatta to come to the aid of families who have lost their kin in unclear circumstances.

“We urge our president to hear our cry, if there is anything wrong Abdisamad had done, let him be presented to court. We urge the Head of State to help the families get their loved ones,” Ibrahim said.

Huri also revealed that Abdulhakim Sagar, who was also abducted by unknown people in Old Town on August 18 has not been traced to date.

“We are bitter as a family, why can’t they produce him in court, we are kept in the dark and it’s so painful, we suspect the people who abducted him are police officers,” said Fari Sagar, brother of the abducted scholar.

According to the legislators, the authorities will also be required to explain about some 11 bodies of unidentified persons lying at the Garissa Referral Hospital Mortuary found in Tana River.

Haki Africa released a statement on Saturday following a visit to Garissa County saying the bodies were recovered from River Tana on diverse dates over a period of three months.

The lobby said examination of the bodies indicated that the victims had been tortured before being killed. According to Dr Ambrose Misori, Garissa County Referral Hospital medical superintendent, the bodies were brought in the facility three months ago.

Related Topics:kenyamombasaprof Abdiwahab abdisamad
Up Next