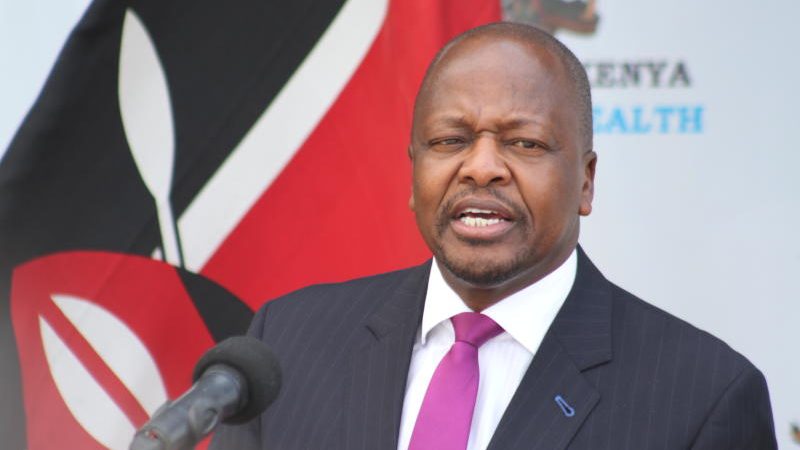 NAIROBI—Kenya has recoded an additional 29 positive cases of Covid-19 over the last 24-hours and toll now stands at 110.

Speaking during his daily news conference at the Afya House in Nairobi, the Cabinet Secretary for Health, Mutahi Kagwe revealed that the country is bracing for more shocking number in few days.

The new patients include 28 Kenyans and a Congolese.

“This numbers will unfortunately only increase,” Kagwe said, adding that two more people in quarantine—one in Nairobi and another in Mombasa—have since died of the disease.

During the briefing, the CS unveiled a new measure to curb the spread of the deadly virus. He announced that all public transport users will be required to wear face masks when travelling.

“Plans are under way for distribution of face masks in the counties at fair prices,” he said.

Kagwe insisted on maintaining high standards of hygiene and keeping a safe distance of one-meters, saying infection now a reality than most Kenyans would want to believe.

“Don’t go out of the house unless it’s essential,” he urged.

Of the 29 new cases, 13 are male while 16 female. The CS said that 23 who tested positive were already in quarantine while 6 were in isolation units.

He warned that the cases are going to rise exponentially in the coming days, asking Kenyans to remain calm and follow the set guidelines by the Health Ministry.

The government has tested 662 samples within the last 24 hours, of which 29 turned out positive.