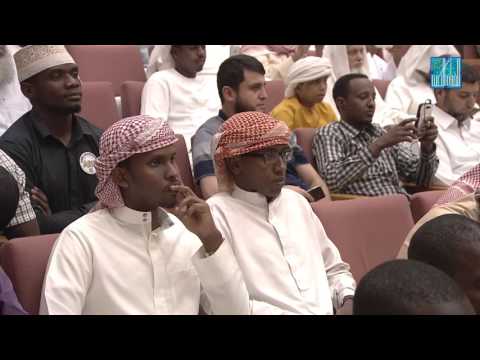 MOGADISHU—An unnamed student who went to the United Arab Emirates (UAE) to participate in the annual Dubai Quran Award Competition has been deported a day after he landed at Dubai city, Mogadishu based Radio Dalsan reported Monday.

In a video message he recorded at the Dubai airport lobby in the wee hours of Monday morning, the student appeared disturbed by the turn of event.

“May Allah exchange something better for me,” he said in the short video.

Since the start of the Gulf crisis, the Federal government of Somalia has remained neutral in the crisis although there has been unconfirmed report that the Saudis pressured Mogadishu leaders to join in the Qatar isolation campaign.

On Sunday, the Qatar State Minister for Foreign Affairs Sultan bin Saad Al Muraikhi landed in Mogadishu. He met with the president and the Prime Minister Ali Kheyre.

Djibouti and the breakaway administration of Somaliland have sided with Saudi Arabia.

Following an emergency meeting at the presidential palace, the foreign minister of the Mohamed Silanyo led government announced that Hargeisa will support the Saudi and UAE on stance on Qatar relations.

It was expected that Somaliland leaders would side with UAE given its relation with gulf nation.

In the Saturday cabinet meeting, Qatar Airways was barred from using “Somaliland airspace.”

In a statement as part of the cabinet resolution, “As of today (10 June, 2017) no airline is allowed to use Somaliland airpace without the permission of the Government of Republic of Somaliland.”

“The republic of Somaliland is an independent country, not a federal state of Somalia. The government of Somalia cannot grant any permission to any county or country to use the Somaliland airspace,” Saad Ali Shire, the foreign minister said.

“Somalia should not maintain it’s neutral stance in the Gulf crisis,”Prof. Cabdirisack Juriile, a member of the Upper House in the Federal government of Somalia said while calling on the governemnt to side with Saudi Arabia.

“We are in a tight spot diplomatically and we have to choose our friends, ” Prof. Juriile observed.