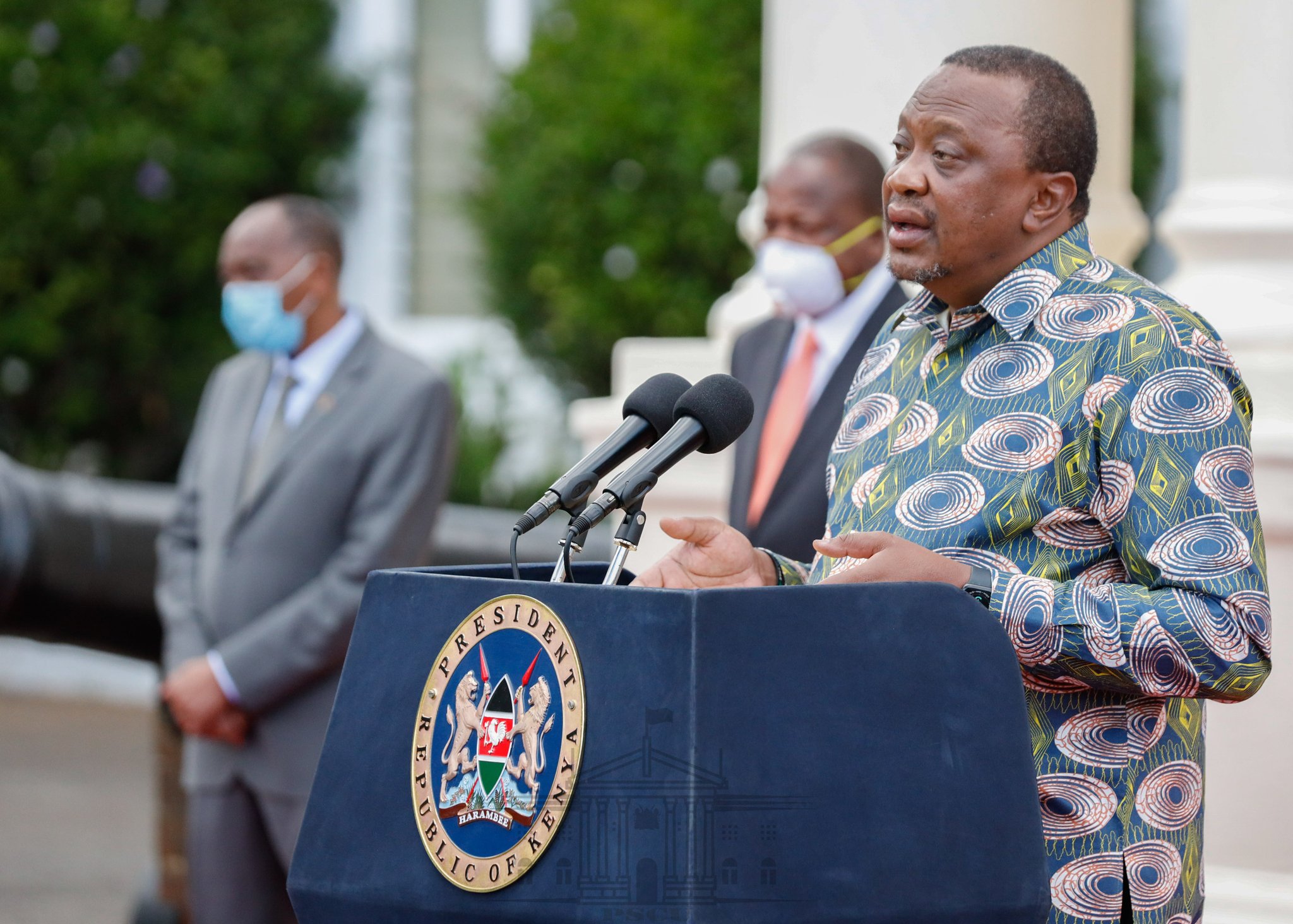 The meeting was chaired by President Uhuru, according to statement released by the presidency.

Isiolo Senator Fatuma Dullo Adan will now be the deputy majority leader while Murang’a’s Irungu Kang’ata will be the majority chief whip with Nominated Senator Farhiya Ali Haji being his deputy.

The State House statement stated that : “During the meeting, attended by 20 Senators, the Parliamentary Group meeting resolved to strengthen the Coalition’s Senate Leadership.”

“His Excellency the President congratulated the new Jubilee Coalition Senate leaders and assured them of his support,” the communication by Kanze read in part.

“The President who is also the Party Leader of the Jubilee Coalition said he looks forward to working closely with the new Senate Leadership in delivering services to Kenyans.”

Poghisio won his West Pokot senate seat during the 2017 general election through a Kanu ticket and his new role comes barely days after Murkomen criticized the “militarization” of the Nairobi Metropolitan Services.