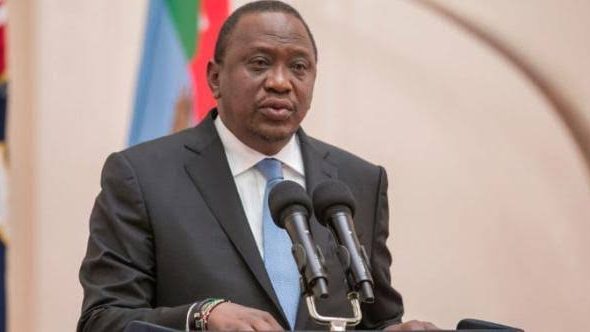 NAIROBI—President Uhuru Kenyatta has hinted at lifting the curfew “soon” as he maintained that the government is weighing other options to tackle the spread of the Covid-19.

Mr. Kenyatta issued a nationwide dusk to dawn curfew on March 27 saying the National Security Council introduced the measures to protect the life and health of the citizens.

The news comes amid stringent measures put in place by the government to contain the Coronavirus. The curfew enters it 50 day on Sunday.

Speaking when he unveiled the Sh54 billion economic recovery plan, the President declared that the curfew and the lockdown cannot continue forever and that he will soon issue a decree of easing the measures.

On April 25, the President extended the curfew by an extra 21 days which he extended by a further 21 days on May 17. The curfew was also followed by a decree for a cessation of movements into Nairobi, Mombasa, Kilifi and Kwale.

“The only way to get out of this situation is to ensure that we open the economy,” the President said.

He insisted that the population “must strictly follow the measures and protocols announced by the government to help fight the disease that has infected more than 1,190 Kenyans and left 50 others dead.”

When we open up, the disease will definitely spread. And it will not spread because the government will not have done its part, but because you will not have complied with the protocols.”

The President declared that once the curfew is lifted, the obligation will shift to the population.

“It will be upon you to ensure that you protect yourself, your loved ones and those you work with,” he said.

Most Kenyans have already returned to their places of work and partially reopened the economy.